on February 25, 2019
Match worn/issued and signed Beram Kayal poppy shirt from the 2018/19 season. Unfortunately I am not sure exactly which match this shirt is from as Brighton wore the away shirt in both of their Poppy matches this season vs. Everton on November 3rd, 2018 and vs. Cardiff on November 10th, 2018. Kayal played for the first 78 minutes in the first match against Everton and the full 90 minutes in the second match against Cardiff. This shirt features the red poppy appeal patch located on the front of the shirt between the crest and the nike symbol. Every season, all of the English teams in the top leagues wear shirts with this patch, later having the shirts signed individually by the players and auctioned off to raise money for veterans of the British Armed Forces. The shirt came with a COA directly from the club as well as a letter from the organization.

Kayal joined Brighton in 2015 after spending 4 seasons with Celtic FC. Since joining the club he has played in 112 matches and has scored 4 goals. This is my 4th Kayal Brighton shirt as I have his match worn shirt vs. West Brom (January 13th, 2018), his match worn/ issued shirt vs. Wolverhampton (October 27th, 2018), and a match worn/issued shirt from his first season with the club when they were still in the Championship League.

I also have a Kayal Poppy shirt from Celtic Glasgow back from the 2010/11 season when Celtic still wore the poppy appeal patch. 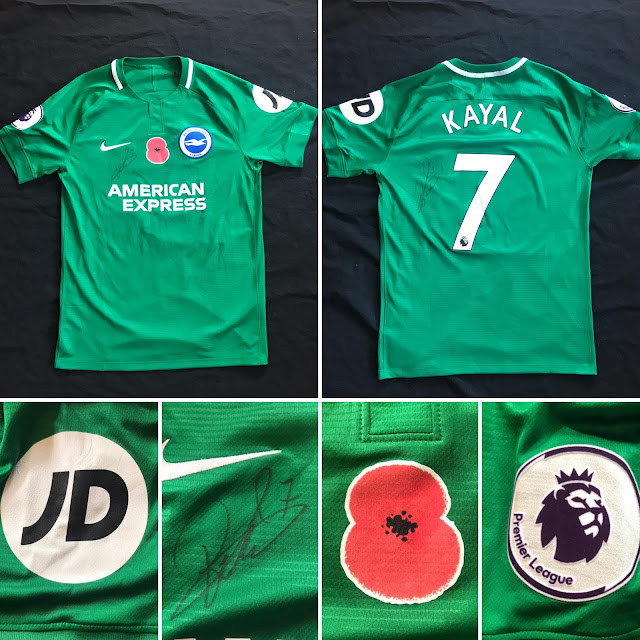 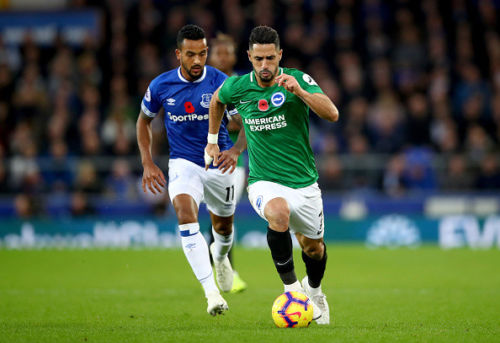