on November 24, 2021
This is a Beram Kayal match issued shirt from the poppy match Vs. St Mirren on November 14th, 2010. Celtic won the match 1-0 from a 92nd minute goal from Gary Hooper. Kayal was on the reserve squad for the match. This was the annual poppy match where both teams wore shirts with the red poppy placed beside the crest. The shirt comes from Kayal's first season with Celtic. He played with them for 5 seasons until transferring to Brighton and Hove Albion. Kayal had 2 goals in 86 appearances for the Scottish club. An interesting fact about this shirt is that Celtic used replica shirts for the match with the player name set, patches, and sponsor. 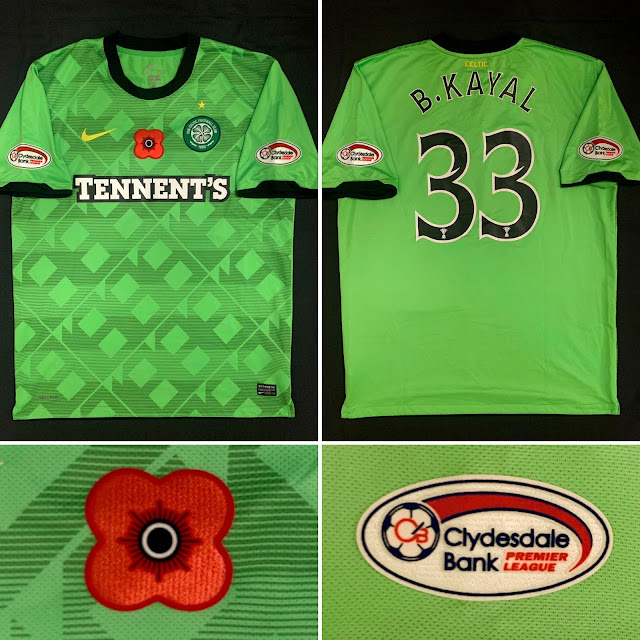 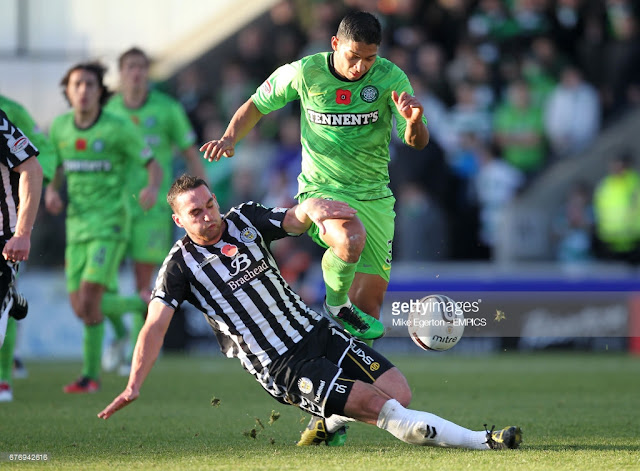 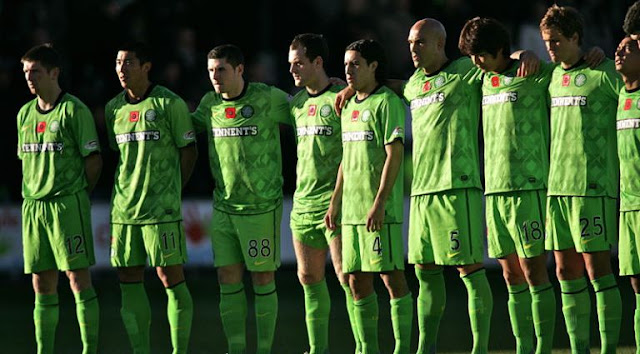