on July 12, 2021
This is a match worn/issued Eran Levy shirt from the Maccabi Haifa vs. Manchester United Champions League Group Stages match played on September 18th, 2002 at the Old Trafford in Manchester, England. Haifa lost this match 5-2 despite taking the early 1-0 lead from a Yaniv Katan goal in the 8th minute. This was Haifa’s first match in the group stages and the only match where Eran Levy was named in the squad (but remained on the bench for the entirety of the match).
This was a historic season for Maccabi Haifa as well as for Israeli football as it was the first time an Israeli club succeeded in qualifying for the Champions League group stages. After defeating Austrian side, Sturm Graz, 5-3 on aggregate in the third qualifying round, Maccabi Haifa was drawn into Group F alongside Manchester United, Bayer Leverkusen, and Olympiacos. After all 6 matches were played, Haifa finished in third place with 7 points entering the Uefa Cup third round. Although they weren't able to finish top two in the group, they were able to defeat Manchester United 3-0 at home on October 29th, 2002. Maccabi ended up wearing the green home kit during 5/6 of their matches only wearing the white away kit once away vs. Bayer Leverkusen. An interesting fact about this campaign was that all of Maccabi's home matches were played at the GSP stadium in Nicosia Cyprus due to the security situation that was happening in Israel during that time. Many famous Israeli players were on this Maccabi Haifa 2002-03 roster such as: Dudu Aouate, Nir Davidovich, Arik Benado, Alon Harazi, Walid Badir, Yaniv Katan, Eran Levy as well as a few more.

Another fun fact is that this shirt is from the beginning of Eran Levy's professional career as he was only 17 years old at the time. He is a unique player as he is very big (and slow) while having great accuracy with his shooting and passing. His shirt is one of the biggest in my collection as it is XL as well as being the oldest shirt I currently own. 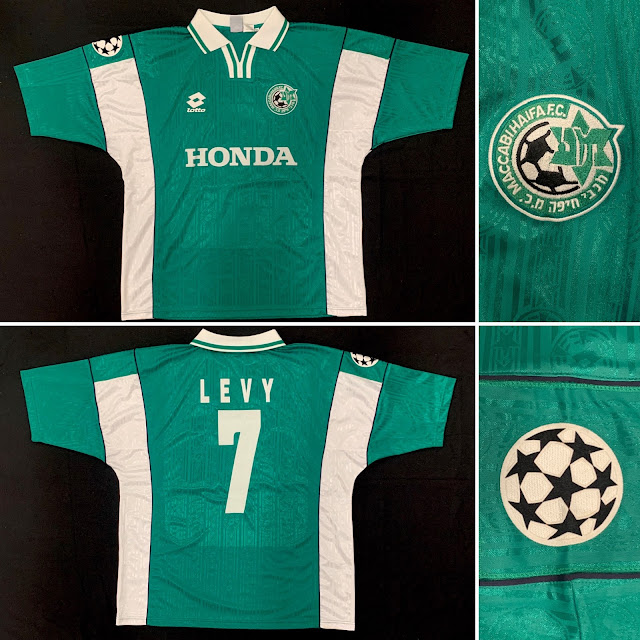 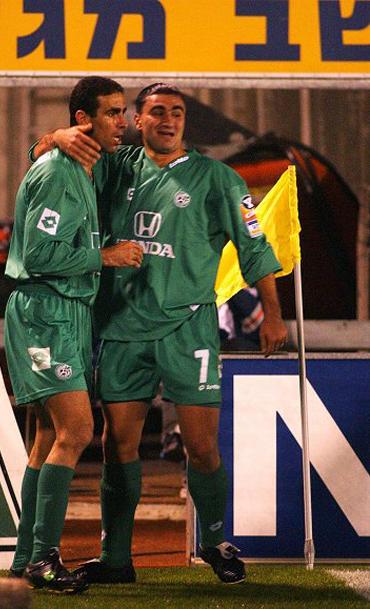 Eran Levy with Maccabi Haifa in the beginning of his career 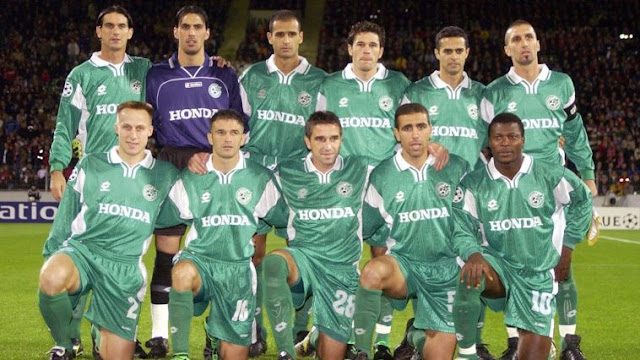 Team photo prior to one of their group stage matches 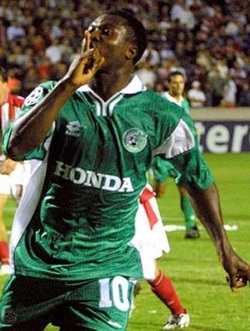 Yakubu after scoring vs. Olympiakos 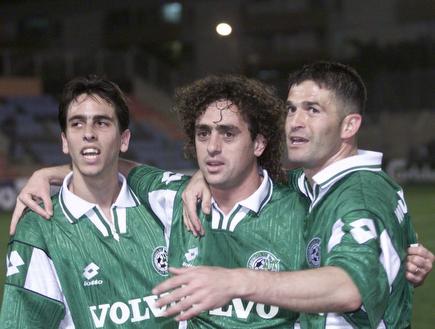