on February 24, 2019
This is a match issued/match worn Beram Kayal shirt from the match vs Wolverhampton Wanderers played on October 27th, 2018. The shirt was washed and features some wear (as it was used) so I am not sure if it was worn or just issued. Brighton won the match 1-0 with a 48th min goal from Glen Murray. Kayal played all 90 minutes of the match and received a yellow card in the 52nd minute. I won this shirt on auction from Albion in the Community, which is Brighton's charity organization. The shirt is also signed on the back next to the number. This is one of two Kayal Brighton shirts that I have from this season. I also own an away poppy shirt that was worn in the match vs. Everton (03/11/18) or Cardiff (10/11/18)*.

*match is unknown as Brighton wore the green away kit in both matches that they played with the poppy patch. 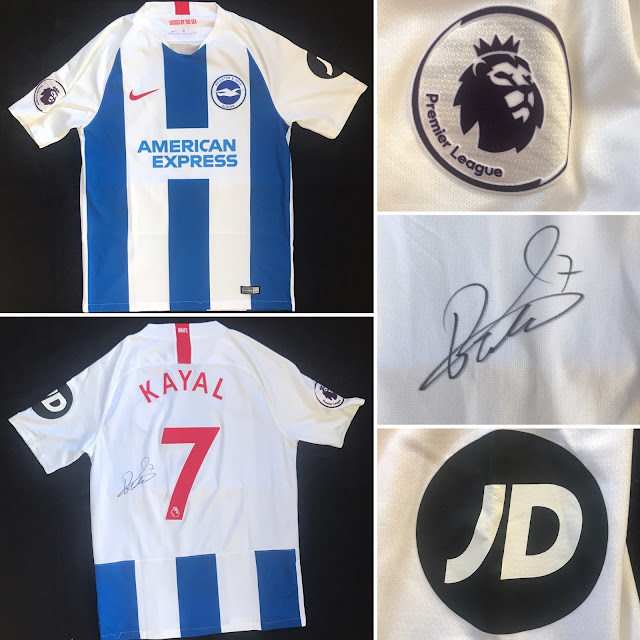 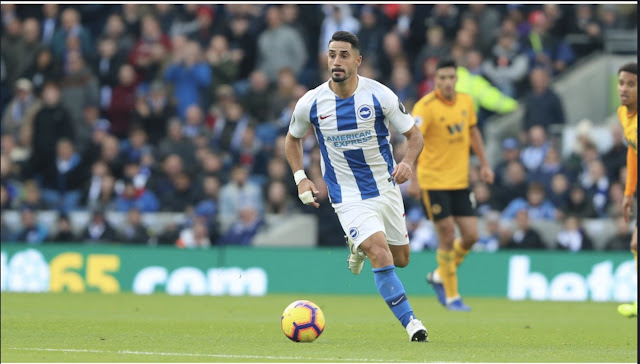