on February 27, 2019
A beautiful and extremely rare Ofir Marciano match worn shirt from the Hibernian Vs. Hamilton Academical match played on February 16th, 2019 at the Easter Road Stadium in Leith, Edinburgh. The shirt has long sleeves and has dirt stains on both sleeves; it was given to me personally by Marciano after the match. Hibs won the match 2-0 from a Florian Kamberi header in the 17th minute and a Mark McNulty penalty in the 39th minute. Marciano kept a clean sheet only having to make 2-3 serious saves during the match.

Ofir has been with Hiberniain since the 2016/17 season and is their starting keeper. He played a big role in their promotion to the Scottish Premiership during his first year with the club. They have stayed in the top Scottish League since and finished 4th in the 2017/18 season, qualifying for the Europa League qualifiers.

The experience was amazing. I spent the day walking around the city of Edinburgh before heading to Easter Road. Upon entering the stadium I had the opportunity to talk to Ofir and showed him the sign I had prepared. Ofir is a brilliant keeper and also an amazing guy. I am extremely grateful and appreciative for the kindness he has shown me which has really made me consider him one of my favorite players.

This is the second shirt I have received from Marciano after a match (I have his shirt from the final Edinburgh Derby of the 2017/18 season). I can only dream of one day having one his national team shirts in my collection. 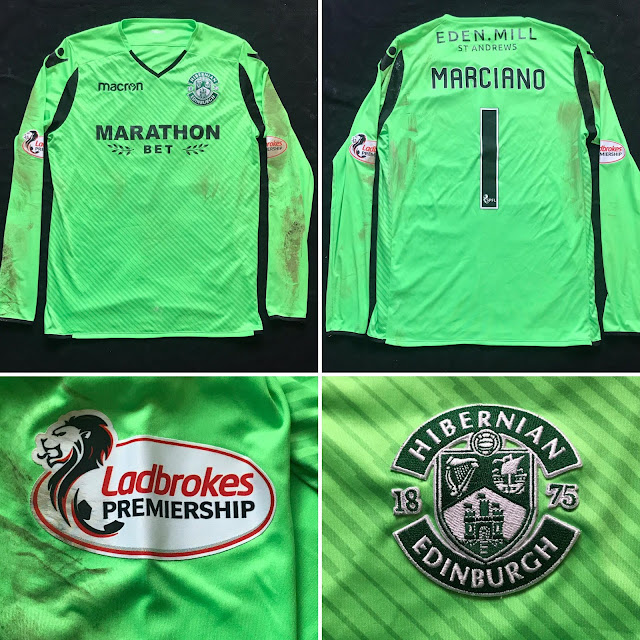 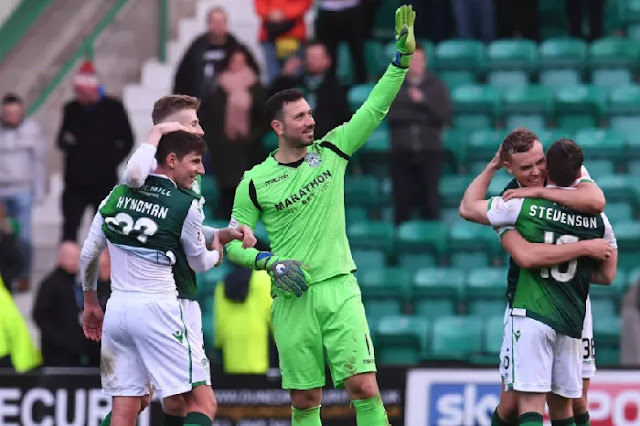 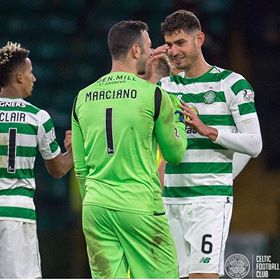 Marciano with fellow Israeli, Nir Bitton
Marciano and the teams walk out of the tunnel before the beginning of the match 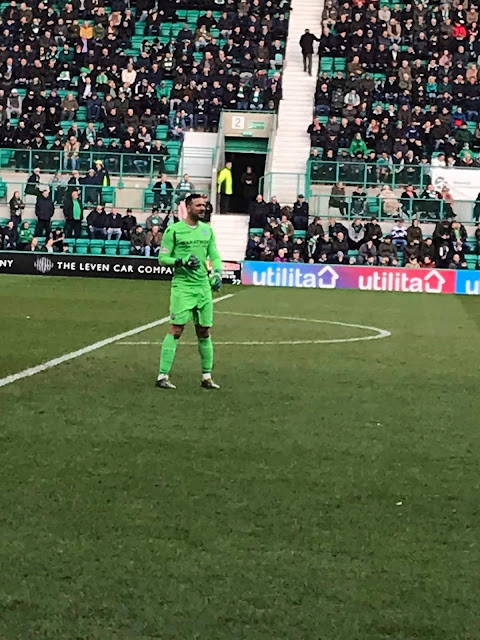 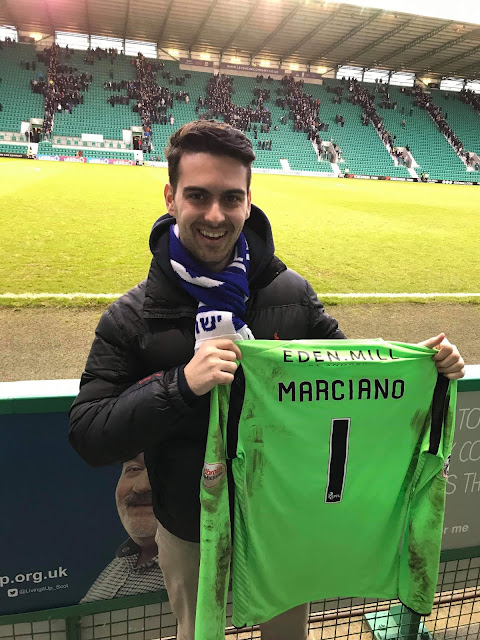