on May 18, 2018
This is an Ofir Marciano match worn shirt from the last Edinburgh Derby of the 2017-18 season between Hibernian FC and Hearts of Midlothian FC played at the Tynecastle Park on May 9th 2018. The shirt was personally given to me by Marciano after the match. Hibs unfortunately lost the match 2-1. Hearts scored first with a 26th minute goal from the Northern Ireland international, Kyle Lafferty. The Hibs equalized in the 48th minute from a penalty scored by Florian Kamberi. Hearts scored the go ahead goal in the 57th minute from a Steven Naismith header. This match ended the Hibs dream of finishing either 2nd or 3rd (they finished 4th with 67 points, 3 behind Glasgow Rangers).

The experience I had at this match was absolutely incredible. I arrived about 30 minutes before the stadium opened. When I entered the stadium, Marciano was warming up with the Hibs Goalkeeping staff. I was able to get his attention by holding a sign that I had brought with me from Israel asking him for his shirt (that was written in Hebrew). Upon seeing it, he smiled, gave me a thumbs up, and told me that he would give it to me after the match. The match itself was very intense (as it was a derby match). The fans of each team were cursing and screaming the entire match. My seat was in the premium section of the new main stand, located with the Hearts fans. At the end of the match I snuck my way down to the front row and held my sign out. Luckily it was in hebrew and none of the Hearts fans could understand what was written. After receiving the shirt from Marciano, I immediately had to leave the stadium as I was being cursed out by all of the Hearts fans around me. As I said before, this match was one of favorite matches I've ever attended. The shirt itself is absolutely beautiful and is also one of my favorites in my collection. I am extremely appreciative of the kind gesture by Marciano, and am very thankful to have received this shirt. I was able to end my experience in Edinburgh by attending a private tour of Easter Road Stadium (the Hibs stadium) two days later. After the tour, I purchased a custom pair of goalie shorts with the number 1 ironed on, to complete the set. 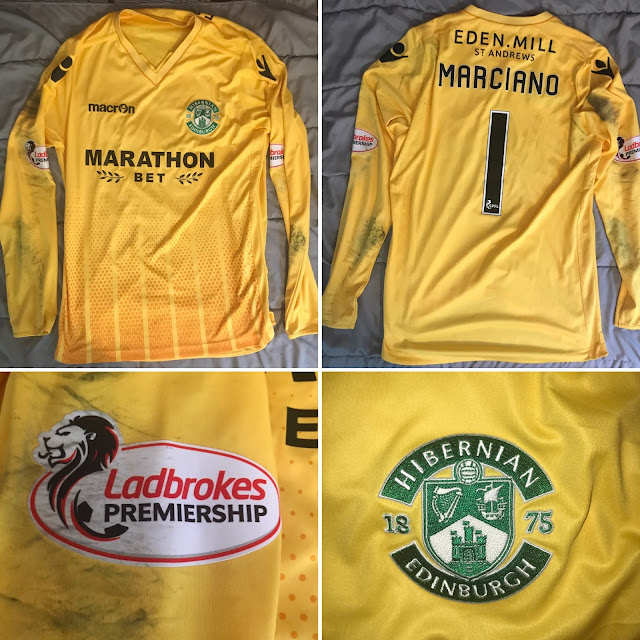 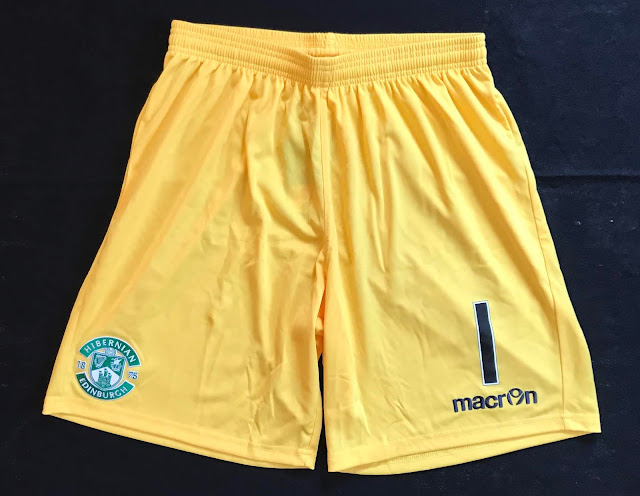 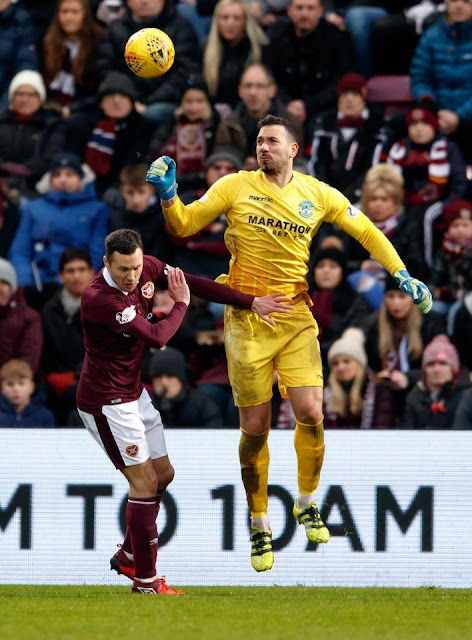 Marciano in action in the shirt #1 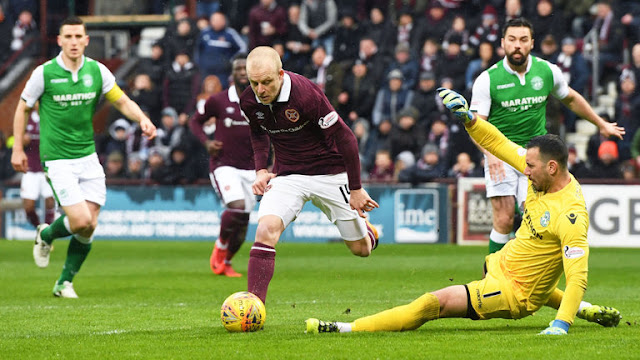 Marciano In action in the shirt #2 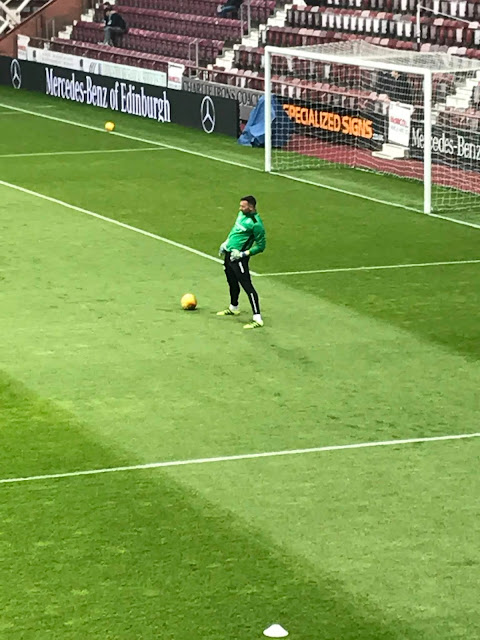 Marciano training before the match