on August 23, 2018
This is a match issued Beram Kayal Brighton shirt from the 2014/15 season.  Kayal joined the club during the during January 2015 alongside Israeli striker, Tomer Hemed. Prior to joining Brighton, Kayal had been playing with Celtic FC of Glasgow since 2010 and had become a fan favorite. During this season Kayal wore the number 28 shirt, changing to 7 after the departure of striker Will Hoskins. Kayal and Hemed played a crucial part in the clubs promotion to the Premier League during the 16/17 season. Kayal still remains a dominant player with the club keeping his starting role during the 17/18 season in the premier league. This is my second Kayal Brighton H&A shirt as I also have one match worn shirt from the 17/18 season vs. West Brom on January 13. 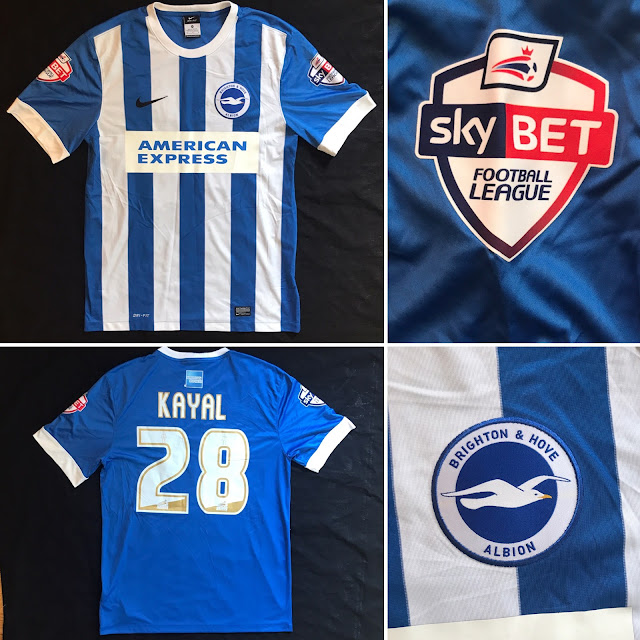 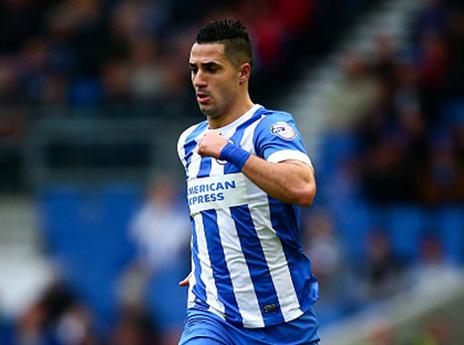