An extremely rare Gal Shish match worn/issued long sleeve shirt from the Israel vs. Luxembourg 2014 World Cup qualifier match played on October 12th, 2012 at the Josy Barthel Stadium in Luxembourg City, Luxembourg. Israel won this match 6-0 with goals scored by: Mahran Radi (4'), Eden Ben Basat (12') Tomer Hemed (27', 73', and 90+2') and Maor Melikson (60'). Gal Shish started the match and played until the 57th minute, when he was subbed off due to injury (and replaced by Yoav Ziv). This was Israel's third match of the campaign as they had drawn 1-1 in Baku vs. Azerbaijan and lost 4-0 in Ramat Gan vs. Russia.

The shirt is extremely rare as it was only worn in this one match away vs. Luxembourg. Israel had played in this white kit in only two competitive matches (vs. Luxembourg away and vs. Portugal at home) before replacing it with a different white kit in August 2013. I am unsure if the shirt is worn or issued as there aren't and photos or videos of Shish playing in the second half of the match (before getting subbed off). 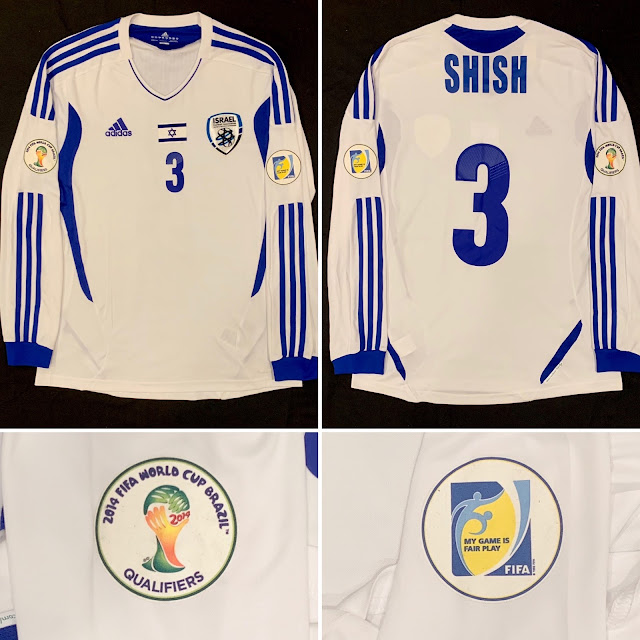