Itay Shechter's match issued and signed shirt from the Maccabi Tel Aviv vs Shakhtar Donetsk Europa League - Round of 32 second leg match played on February 25th, 2021 at the NSC Olimpiyskiy Stadium in Kiev, Ukraine. This was Maccabi's final match of their 2020/21 Europa League campaign. They lost the match 1-0 from a Jùnior Moraes penalty in the 67th minute, resulting in a 3-0 loss on aggregate. Shechter was an unused substitute.

Maccabi qualified for the Europa League after losing to Red Bull Salzburg 5-2 on aggregate in the Champions League Playoff Round. They were drawn into Group I alongisde: Villareal, Sivaaspor, and Qarabag and finished second in the group with 11 points from the 6 matches.

This shirt is extremely rare as it was only used in this match during Maccabi's 2020/21 European campaign. It was also used in the 2019/20 season as the third kit. This was the third time that Maccabi wore the third shirt in a European Competition (with patches). 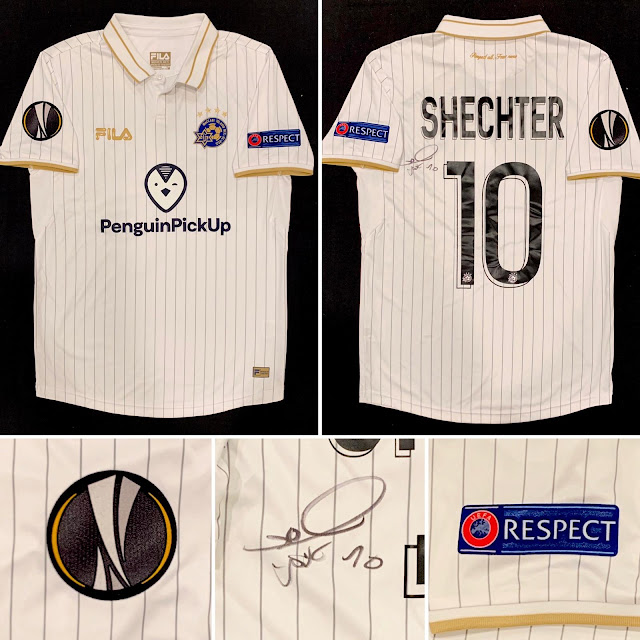