Ilay Elmkies's match worn and signed shirt from his debut match with ADO Den Haag vs. FC Groningen played on September 20th, 2020 at the Cars Jeans Stadion in the Hague, Netherlands. FC Groningen won the match 1-0 from an 23rd minute own goal by Shaquille Pinas. Ilay was subbed on in the 46th minute replacing Andrei Ratiu but was later subbed off in the 67th minute due to injury.

Elmkies spent the 2020/21 season on loan with Ado Den Haag from TSG 1889 Hoffenheim. His spell in the Netherlands was disappointing as he spent the majority of the season out of the squad due to a foot injury. He had 9 appearances and 0 goals or assists for the club. 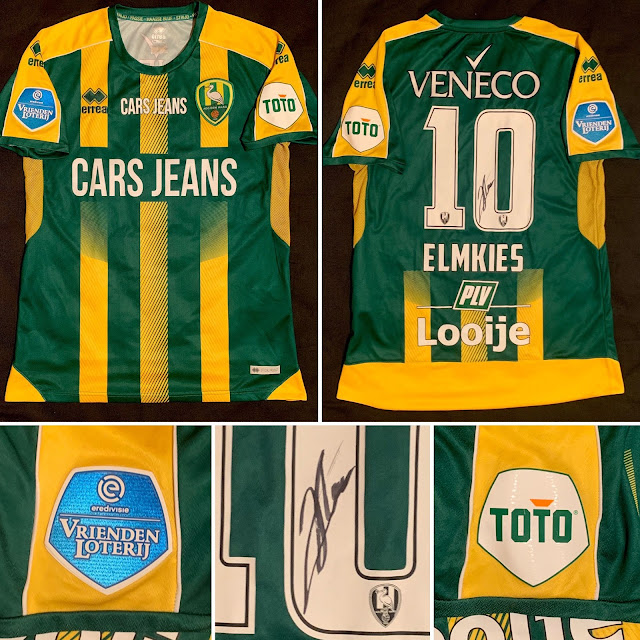