on May 03, 2021
Itay Shechter match issued shirt from the Maccabi Tel Aviv vs. Sivasspor Europa League match played on December 10th, 2020 at the Bloomfield Stadium in Tel Aviv-Yaffo. Maccabi won the match 1-0 from a 66th minute goal by Eric Saborit, clinching them a spot in the round of 32. Despite featuring in 4/6 group stage matches, Itay was an unused sub in this final match.

Maccabi Tel Aviv featured in Group I alongside: Villareal, Qarabag, and Sivasspor. Maccabi finished 2nd in the group with 11 points from the 6 matches. 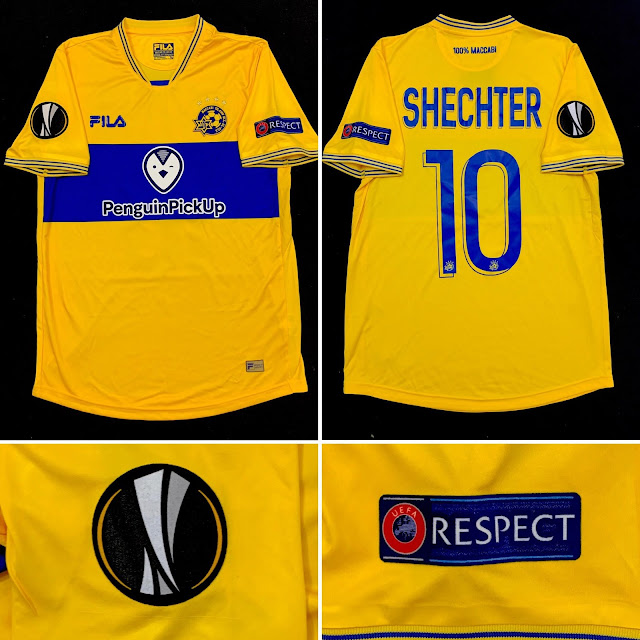