Eitan Tibi's match worn shirt from Maccabi Tel Aviv vs. Villareal Europa League Group Stage match played on November 5th, 2020 at the Estadio de la Cerámica. Maccabi lost the match 4-0 due to goals scored by: Carlos Bacca (4', 52'), Álex Baena (71'), and Fernando Niño (81'). This was Maccabi's first and only loss during the Group Stages. They had been drawn into Group I alongside: Villareal, Sivasspor, Qarabağ. After the 6 matches, Maccabi finished in second place with 11 points, continuing their Europa League campaign into the Knockout Stages where they were drawn against Shaktar Donetsk.

This black away shirt was worn only in this match during Maccabi's Europa League campaign. 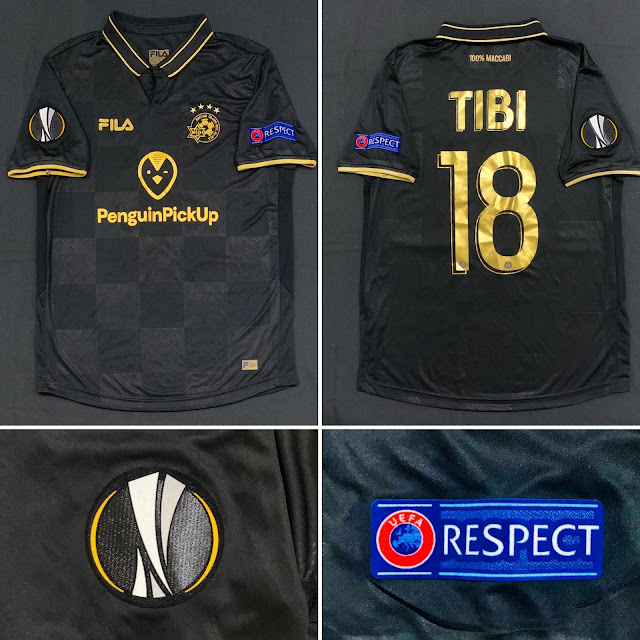