Eitan Tibi's match worn and signed shirt from the Maccabi Tel Aviv vs. FC Basel played on August 19th, 2015 at the St. Jakob Park in Basel, Switzerland. This match was the first leg of the Champions League playoff round; winner guaranteed a spot in the Group Stages of the 2015/16 Champions League. Maccabi took an early lead from a 31st minute goal by Eran Zahavi. The lead was short-lived however as Basel equalized in the 39th minute from a Delgado penalty. Maccabi conceded again in the 88th minute, but managed to equalize in the 96th minute from an Eran Zahavi header. This final minute equalizer proved crucial as it made the difference in Maccabi's qualification to the group stages as the second leg ended in a 1-1 draw. Maccabi advanced on the away goal rule.

This shirt is the extremely rare as it was only worn in this match. The shirt features the Champions League patches on the sleeves and the Unicef sponsor in the center of the shirt (the sponsor was only featured in the earlier qualifying matches and the playoff round; it did not feature in the group stage matches).

This shirt also marks a personal accomplishment as it completes my collection of Maccabi Tel Aviv shirts that had patches on the sleeves. It took me over a year to get a hold of this shirt and it is therefore one of my favorites in the collection. 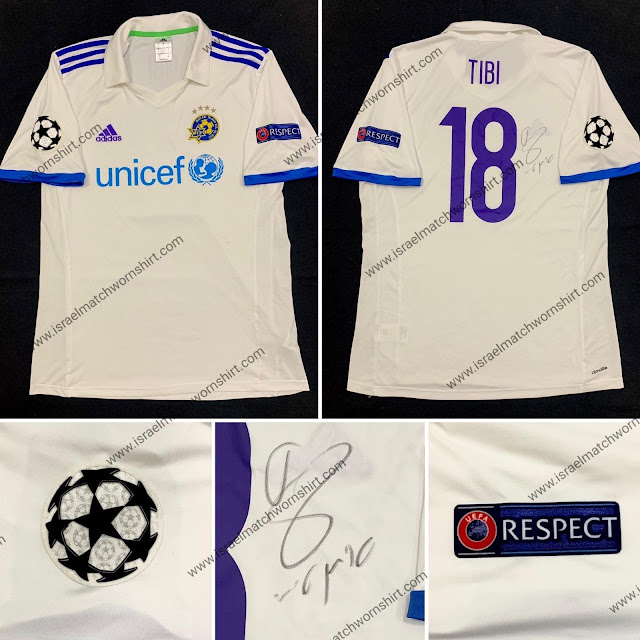