on March 04, 2021
An extremely rare Dan Biton match worn shirt from the Maccabi Tel Aviv vs. Red Bull Salzburg match played on September 22nd, 2020 at the Bloomfield Stadium in Tel Aviv/Yaffo. Dan Biton played the full 90 minutes and scored a beautiful goal with a chip over the Salzburg keeper in the 9th minute. Despite taking the early lead, Maccabi lost the match 2-1. Maccabi ended up losing the second leg match 3-1, ending their hopes of making the Champions League group stages (which would have been the third time in their history: 2004/05, 2015/16).
Dan Biton joined Maccabi Tel Aviv on loan from Bulgarian side, Ludogorets Razgrad, on August 16th 2020. He currently has 4 goals and 3 assists in his 15 matches with Maccabi. The goal that he scored in this match was his second for the club since he also scored in the previous qualifying round against Dynamo Brest.
The shirt is very rare as it has the Champions League patches on the sleeves and was only worn in these two playoff round matches. 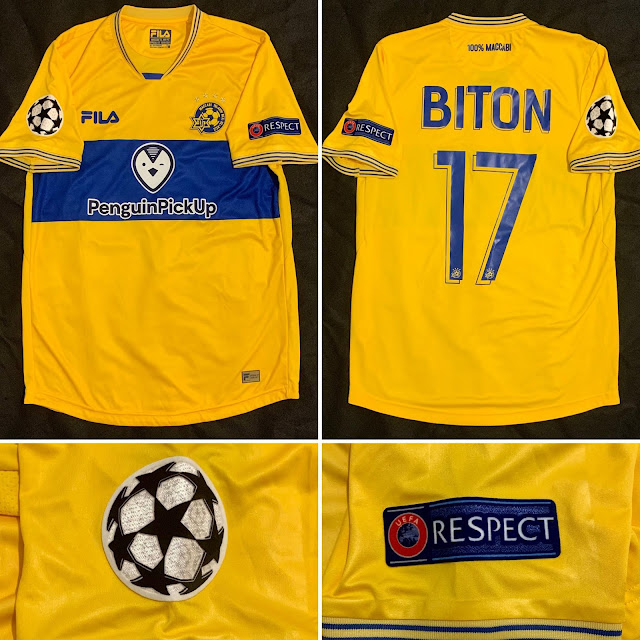