Scotland took the lead right before halftime from a penalty scored by Ryan Christie but Israel equalized in the 73rd minute from an Eran Zahavi goal. The match ended in a draw and left both teams in the middle of the table with 1 point, after the Czech Republic defeated Slovakia 3-1. Ofri Arad remained on the bench for the entire match. His only appearance for the national team was in the victory vs. Slovakia away where he came on as a substitute replacing Sheran Yeini at the start of the second half.

This shirt is the new white puma shirt that Israel will be using for the next two years. It was used in 4/6 nations league matches and the Euro Playoff Semifinal. 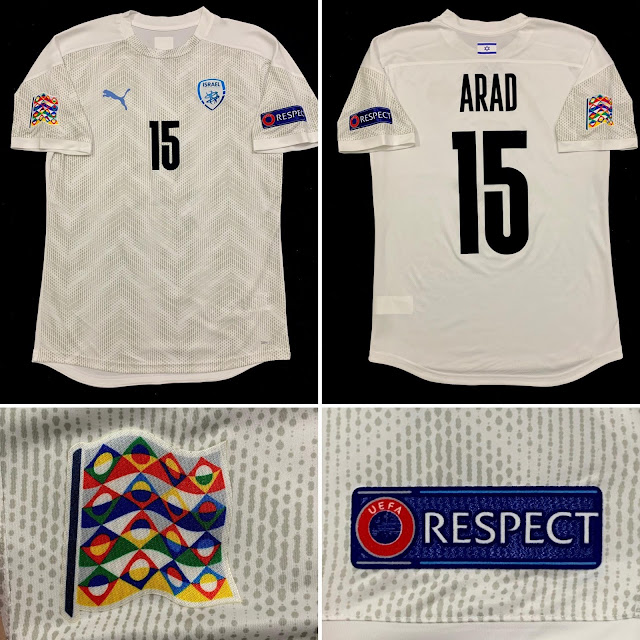