on October 09, 2020
An extremely rare Matan Baltaxa match worn shirt from the Maccabi Tel Aviv vs. Red Bull Salzburg match played on September 30th, 2020 at the Red Bull Arena in Salzburg. This was the second leg of the Champions League Playoff Round. Maccabi lost the first match 2-1 despite taking an early lead from a Dan Biton goal in the 9th minute. Maccabi lost this match 3-1, ending their hopes of making the Champions League group stages (which would have been the third time in their history: 2004/05, 2015/16).
Baltaxa played the full 90 minutes of the match. He received a yellow card in the second minute of stoppage time before the end of the first half, after conceding a penalty. This is his first season playing with the club. He has been with Maccabi since 2017, but was loaned out to Hapoel Akko for part of the 2018/19 season and then to Bnei Yehuda for the remainder of that season and for the 2019/20 season.
The shirt is extremely rare as it contains the Champions League patches and was only worn in these two games. It also has grass stains despite being washed after the match. 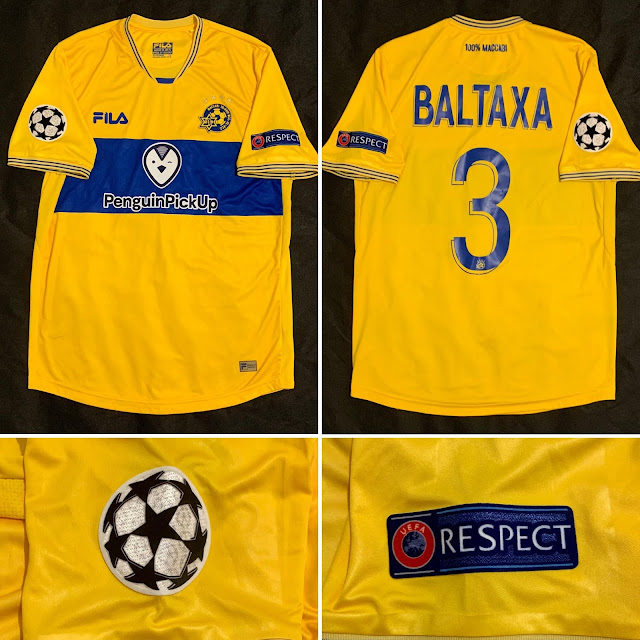