on November 08, 2020
Adoram Keisi's match worn shirt from the Israel vs. Croatia match played on November 15th, 2006 at the Ramat Gan Stadium. This was Israel's 4th match of the campaign and their 1st loss, despite taking an early 1-0 lead from a Roberto Colautti goal. This was Adoram's final match with the Israeli national team, and he played the full 90 minutes. He made his first international appearance in 1994 and had 54 caps with 4 goals during his international career.
Domestically, Adoram was a star player at Maccabi Haifa and played a big role in their success in Europe in the early 2000's. Despite being a defensive player, he scored 20 goals and made 11 assists in his 221 appearances with the club.
This is the oldest Israel national team shirt that I have in my collection.  It was from the final campaign with Puma before the switch to Adidas in 2008. This was also the final campaign in which the old IFA logo was used. I am also pretty sure that this was the first qualifying campaign in which patches were worn in every match (there were some matches in the 2006 WCQ where some players wore patches). 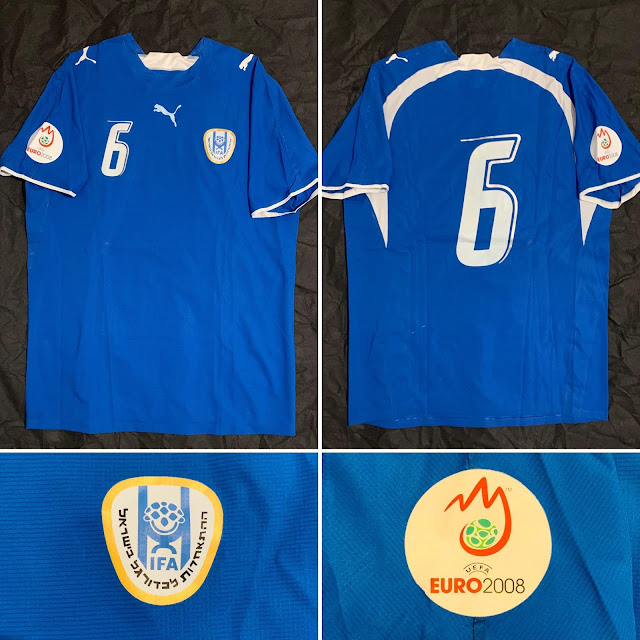