on October 11, 2020
Match worn Hapoel Tel Aviv shirt worn by Captain, Gili Vermouth, in the first half of the 2014/15 season. Gil joined Hapoel Tel Aviv in 2005, and stayed with the club for the following decade, except for during his brief European stints with Gent in 2007/08, and Kaiserslautern in 2011/12. Gil played a crucial part in Hapoel Tel Aviv's 2009/10 season where they won the double, and in their qualification to the Champions League Group Stages in the 2010/11 season. Gil had 39 goals in 267 appearances during his time with Hapoel.

Gil was with Hapoel for the first half of the 2014/15 season, transferring to city rivals, Maccabi Tel Aviv, on transfer deadline day. He only featured in 4 matches for the remainder of the season due to an injury.

The shirt features the ligat winner patches as well as the Fujicom and Fellini sponsors. 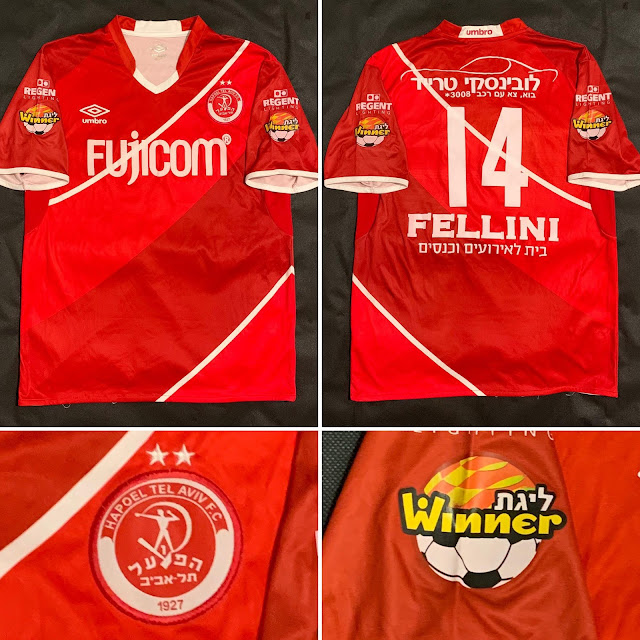 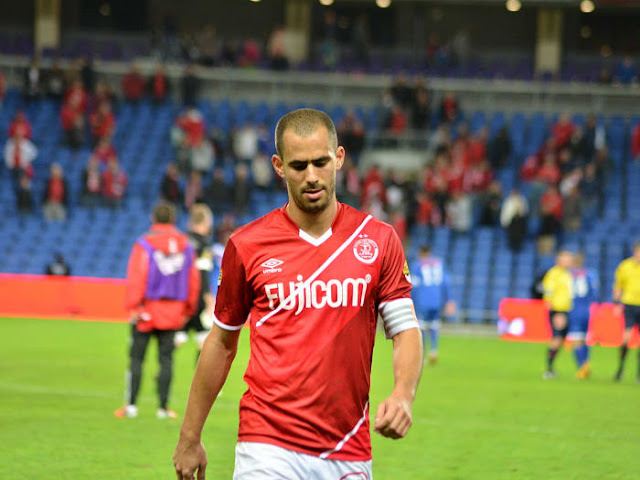 Gil disappointed during the 2014/15 season 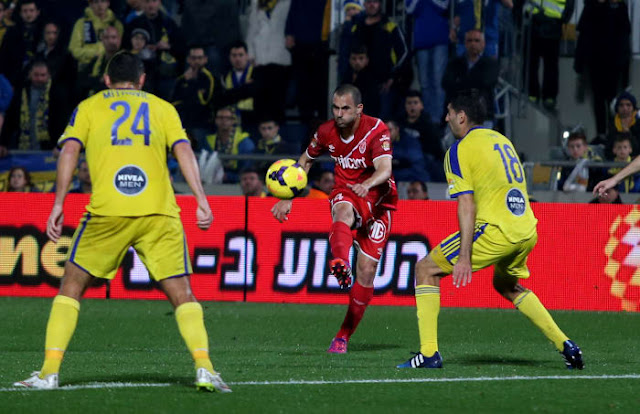