on April 23, 2020
André Geraldes match worn retro shirt from the Tel Aviv Derby match played February 24th 2020 at the newly renovated Bloomfield Stadium in Tel Aviv/Yaffo. Geraldes played the full 90 minutes as Maccabi went on to win the match 3-0 from an early 35th minute goal by Omer Atzili as well as two second half goals by Eyal Golasa and Chico Ofoedu.

This is the third consecutive season that Maccabi Tel Aviv has played a match in a retro shirt. This was the first time the player's retro shirts featured long sleeves (both standard and goalkeeper shirts), and commemorates the 1976/77 season, when Maccabi had won the double. The shirt itself has many stains of wear on the front as well as on the back and was still wet/sticky when recieved from the Maccabi Tel Aviv store, which leads to believe that it had been worn in the second half since the players had celebrated the victory by spilling Carlsberg non-alcoholic beer on each other. 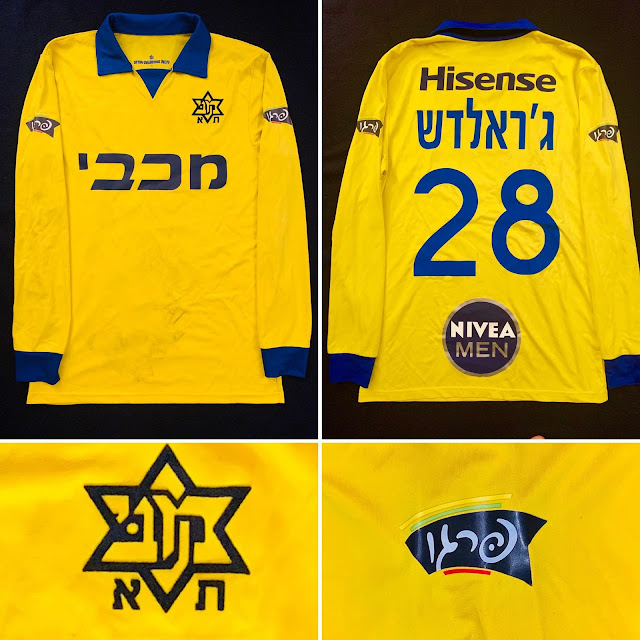 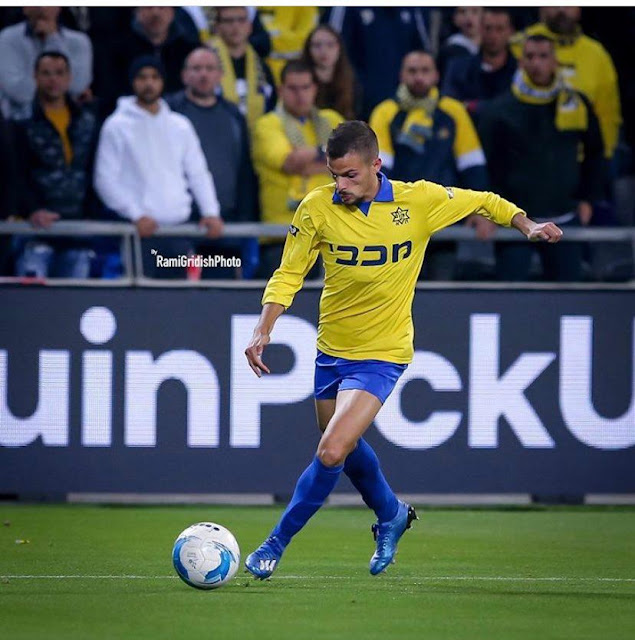 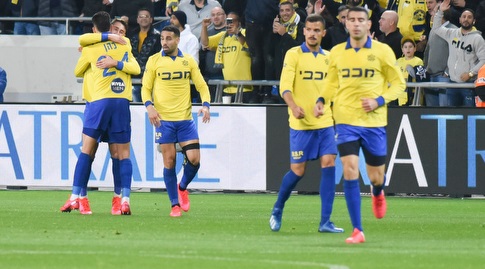 Players celebrating with Atzili after the first goal 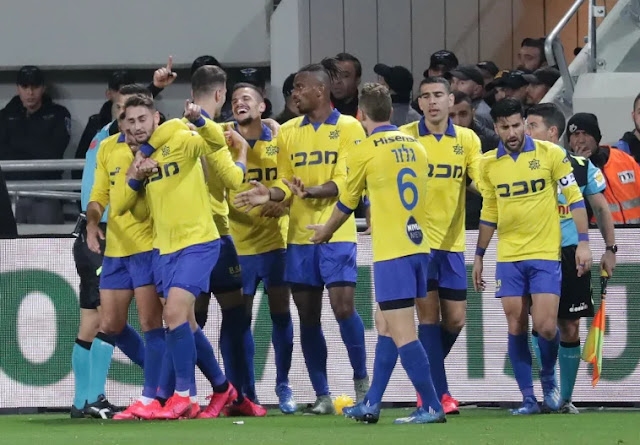