on April 22, 2020
Eran Zahavi's match worn shirt from the home match v. Poland, played on November 16th, 2019 at the Teddy Stadium in Jerusalem. Zahavi played the full match as Israel lost the match 2-0. Zahavi was a top contender for most goals scored in the Euro 2020 Qualifiers, falling just one goal short, to Harry Kane. This light blue shirt is very rare as it was only worn in the final two home games, against Latvia and Poland. 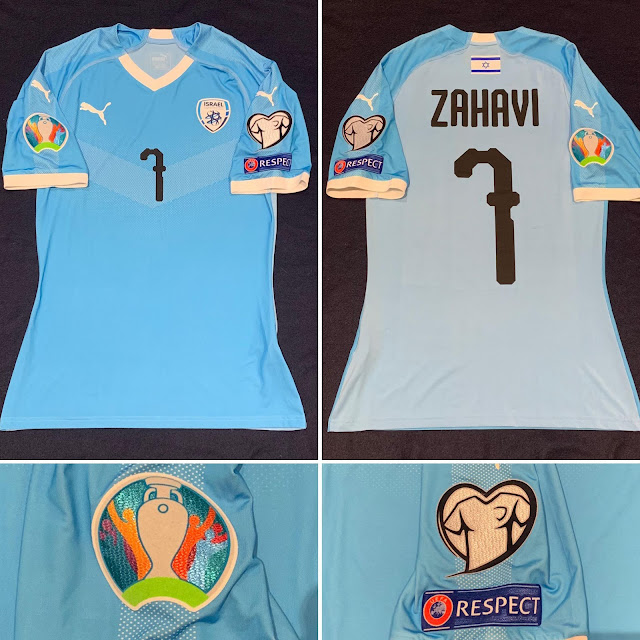 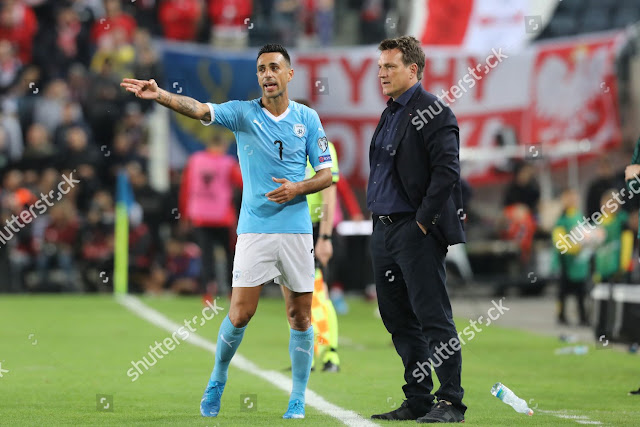 Zahavi and Andi reacting to match