on April 19, 2020
Guy Haimov's match issued goalkeeper shirt from the Hapoel Be'er Sheva vs. Beşiktaş Europa League Round of 32 match played on February 16th, 2017 at the Turner Stadium in Be'er Sheva. Guy Haimov was an unused substitute as Hapoel went on to lose 3-1. Be'er lost the second leg match 2-1 the following week and were eliminated from the Europa League (5-2 aggregate).

This was a historic campaign for Be'er Sheva as it was the third time (first time in over 20 years) that the club qualified for the group stages of a European competition (Uefa Intertoto Cup 1976,1994). Be'er Sheva had made it to the Playoff Round of the Champions League qualifiers before falling to Celtic 5-4 on aggregate. They were then drawn into Group K of the Europa League alongside: Inter Milan, Sparta Prague, and Southampton, and finished second in the group with 8 points from the 6 matches and qualified for the knockout stages (they were tied on points with Southampton but advanced due to away goals). 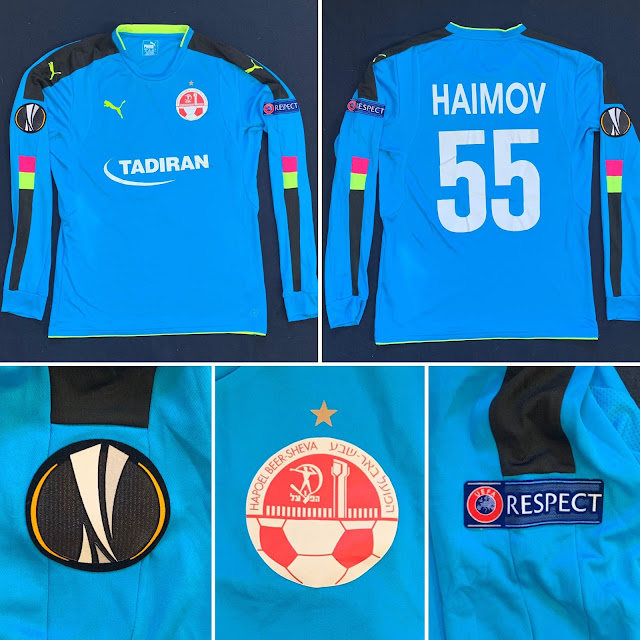 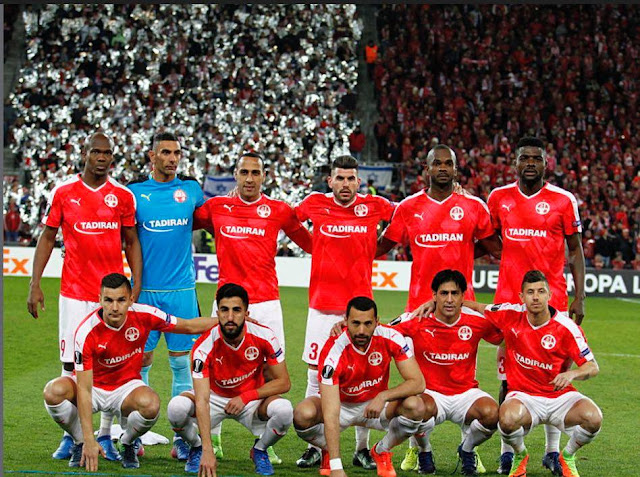 Be'er Sheva squad before the match 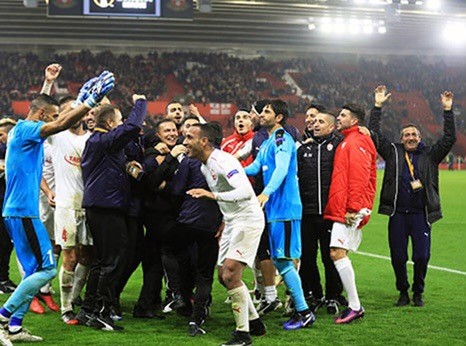