on December 24, 2021
Ariel Harush's match worn shirt from the Israel v. Macedonia match played on November 19th, 2019 at the Philip II Arena in Skopje. Israel lost the match 1-0, from a stoppage time goal by Boban Nikolov at the end of the first half. Harush played the full match having a decent performance, despite the loss.

The shirt was purchased from my friend who got the shirt directly from Harush after the match. It contains dirt stains on the Euro patch. I believe it was only worn in the second half, assuming that Harush changed shirts during halftime. 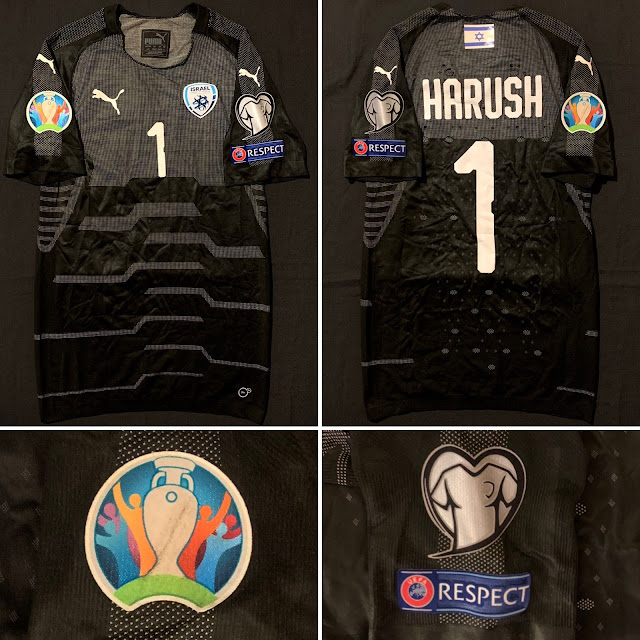 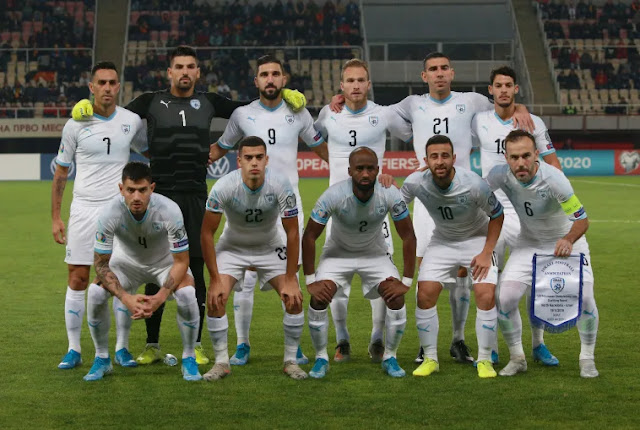 Harush after making a save

Harush during the first half 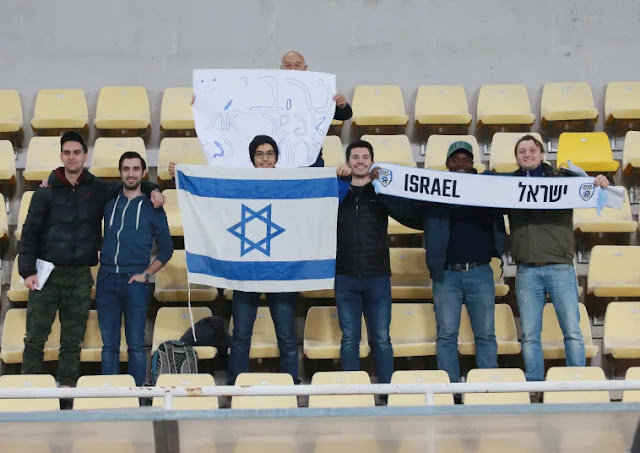 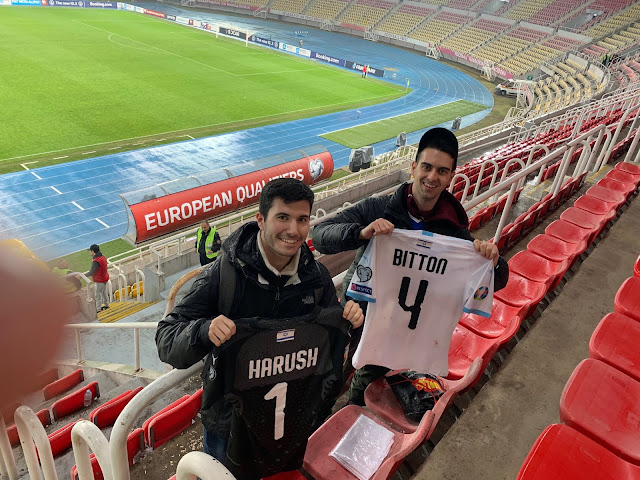 Players enter the pitch prior to the match