on September 17, 2019
Nick Blackman's match worn shirt from the Maccabi Tel Aviv vs. FK Sudova Europa league qualifying match played on August 8th, 2019 at the Netanya Stadium. Maccabi lost the match 2-1 from a 37th minute goal by Semir Kerla as well was a 76th minute goal by Eligijus Jankauskas, while scoring in the 84th minute from a Chiko Ofoedu goal. Nick started the match until he was substituted by Eliran Atar in the 63rd minute.

The shirt was personally given to me by Nick after the match as I had brought a sign asking for his shirt. He had originally given his shirt to the kitman after being subbed off but went specially into the locker room to retrieve it after seeing my sign. The shirt is pretty rare as Maccabi only played 4 matches in Europe this season with English last names on the back. This is their second season with the penguin pick up sponsor in the middle of the shirt as well as the Pizza Pargo patches on the sleeves. This is also Maccabi's first season wearing Fila shirts. 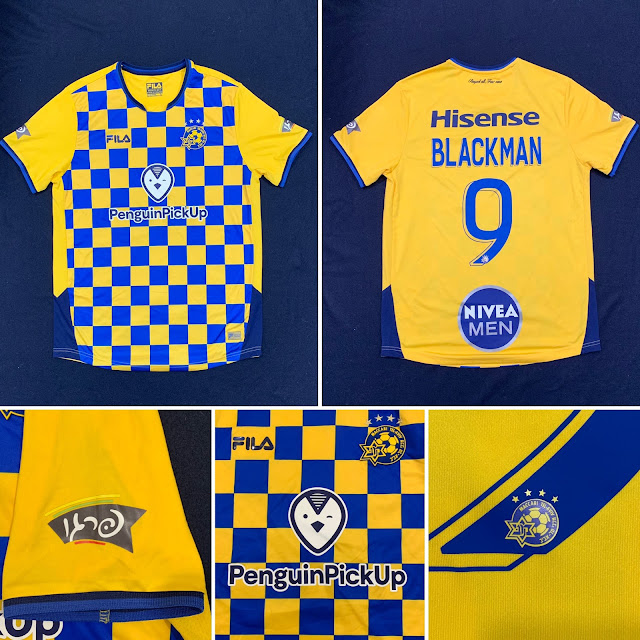 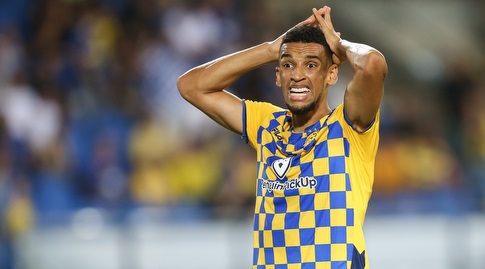 Nick wearing the shirt vs. Sudova looking in despair as Maccabi lose 2-1 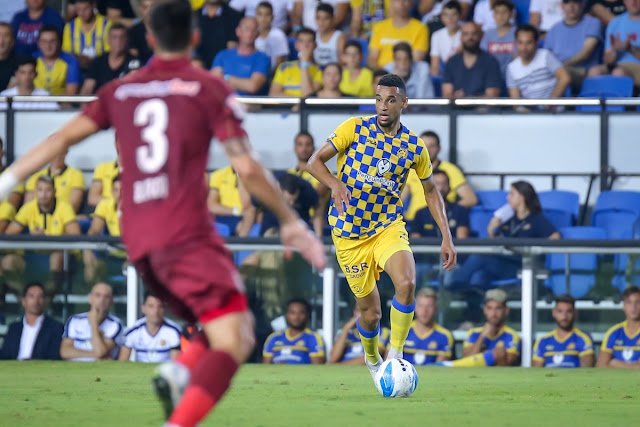