on August 11, 2019
Sheran Yeini's match worn shirt from the Israel vs. Scotland match played on October 11th, 2018. Scotland took the early lead with a 25th minute penalty scored by Charlie Mulgrew. Israel came back in the second half with a 52nd minute goal by Dor Peretz and took the lead from a 74th minute own goal by Kieren Tierney. Sheran Yeini played the full 90 minutes as right back during the match.

This was Israel's second match of the 2018/19 Uefa Nations League. Israel lost the first match 1-0 to Albania before winning the next two matches at home. Israel ultimately lost the final match 3-2 vs. Scotland at the Hampden Park and finished second place in the group with 6 points out of the 4 matches played. 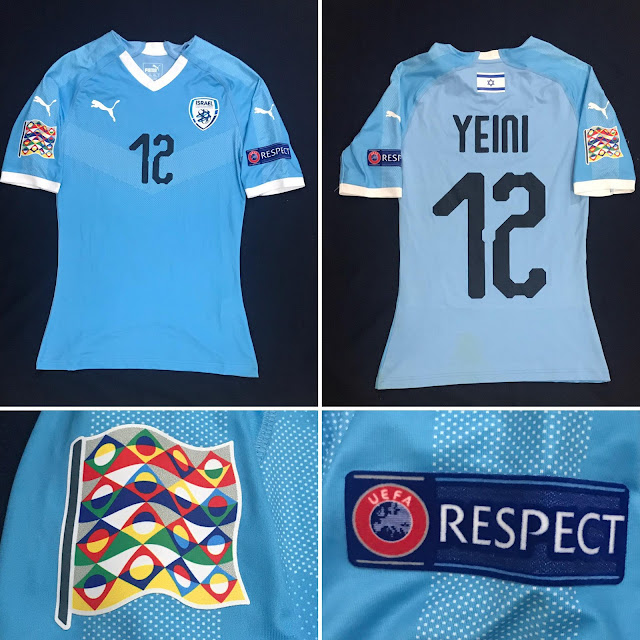 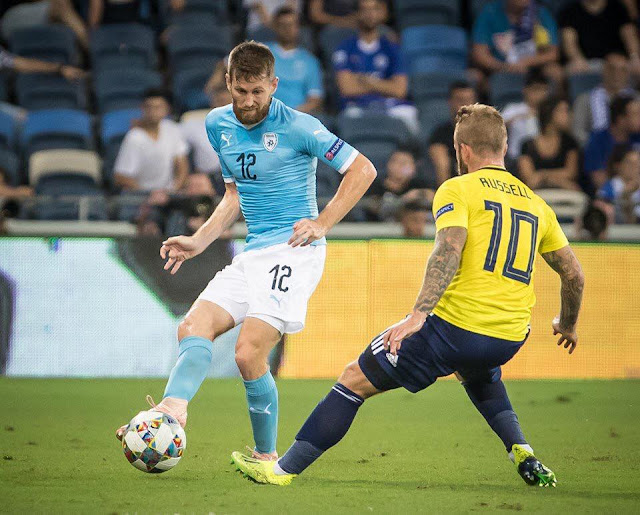 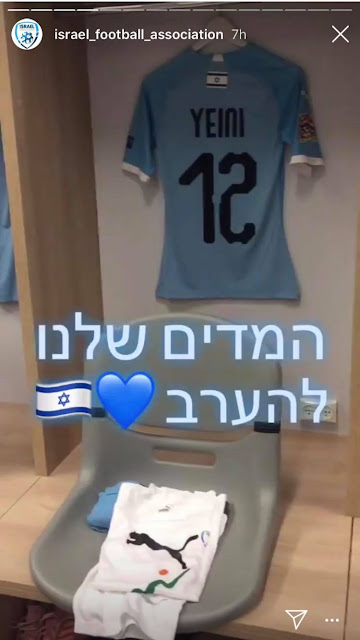 Yeini's shirt in the locker room before the match 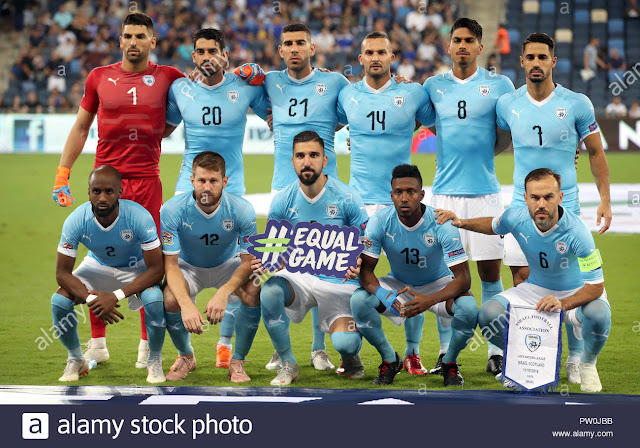