on April 09, 2019
This is one of my favorite pieces in my collection. It is an Eran Zahavi match worn shirt from the away match vs. Porto played on October 20, 2015. In this match Maccabi lost 2-0 from a 37th minute goal by Aboubakar and a 41st minute goal by Brahimi. This was a historic campaign for Maccabi as they qualified for the Champions League Group Stages for the 2nd time in the club's history. What makes this shirt extremely rare is that Zahavi singlehandedly led the team to this historic feat. After beating Hibernians (Malta) 6-3 on aggregate, Maccabi faced Victoria Plzen in the third qualifying round. They lost the first match at home 2-1 making their chances very slim of advancing to the playoff round. In the away leg Zahavi was able to score two goals during the last 25 minutes of the match to secure their advancement. They went on to face Basel in the playoff round where once again Zahavi scored 2 goals in the away match (including an unbelievable 96th minute header hitting off the post into the net) allowing Maccabi to draw 2-2 and then scored another goal in the home match, a 1-1 draw, allowing Maccabi to win on the away goal rule. This shirt is an extraordinary piece for any Maccabi collector as their were only 8 matches that they played with the Champions League patches. I was able to purchase the shirt from a collector who received the shirt directly from Zahavi after the match as he made a sign asking him for his shirt. Another interesting note is that Zahai scored the only goal in the group stages for Maccabi (from a penalty) in the 3-1 loss at home vs. Porto. 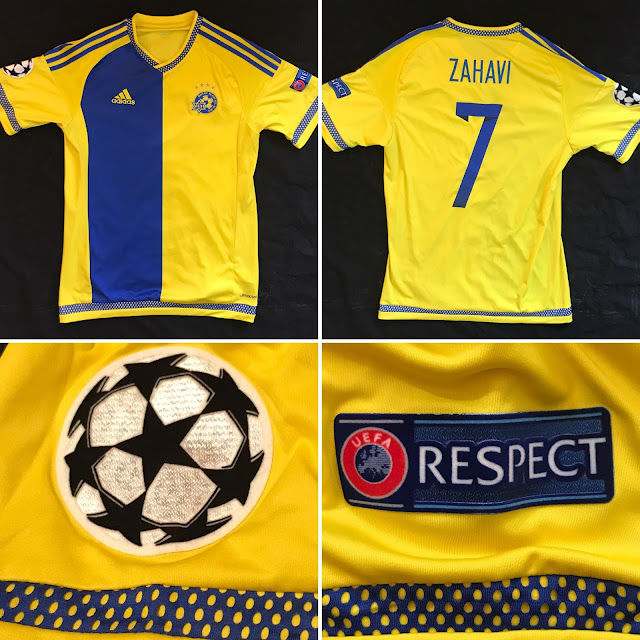 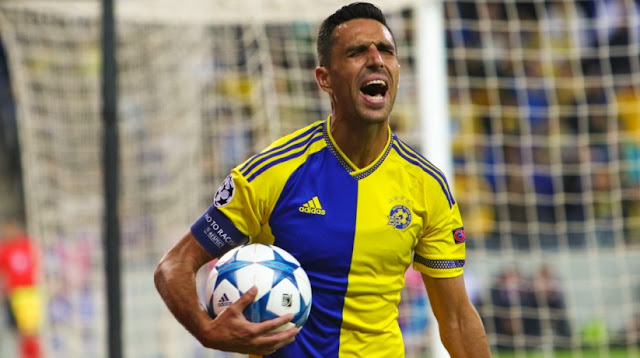 Zahavi after scoring penalty vs. Porto at home 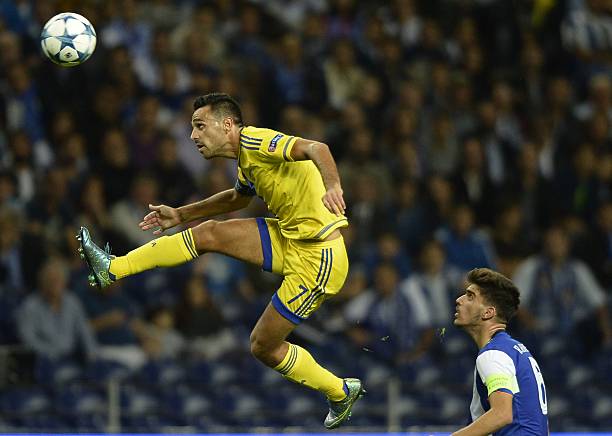 Zahavi jumping for a header 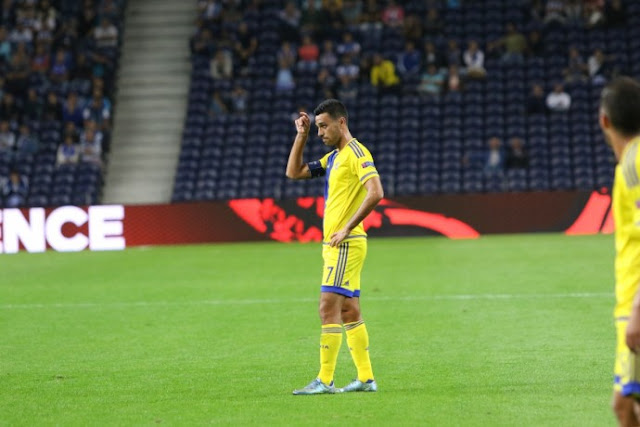 Zahavi during the match 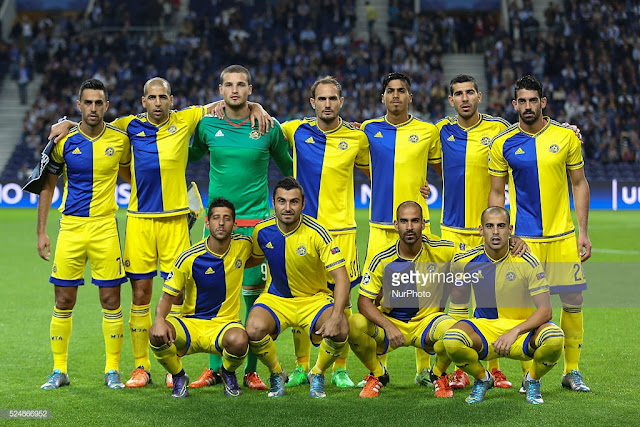