on April 11, 2019
A match worn/issued squad signed Munas Dabbur away shirt from the 2014/15 season. This was Dabbur's first full season with the Swiss club. He had 13 league goals as well as 5 cup goals throughout the season. He was with the club from 2014-2016 and had 41 goals in 82 appearances before joining Red Bull Salzburgh of Austria. Dabbur is considered one of Israel's best players as he was sold for a record € 16 million to Sevilla in January 2019. He has had a very successful career in Europe as he played a big role in  Salzburg's  Europa League run during the 2017/18 season advancing to the Europa League Semi Finals before being eliminated to Marseille. 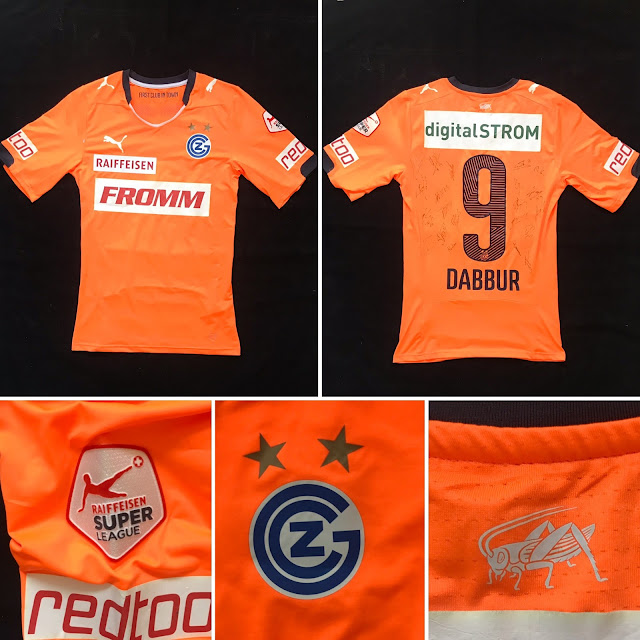 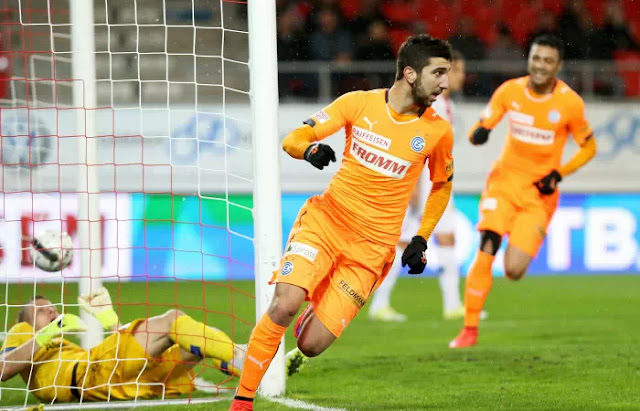 Dabbur after scoring a goal during the 2014/15 season