on March 28, 2019
A Tamir Cohen match worn/issued shirt with Bolton Wanderers during his first year with the club in the 2007/08 season. He joined the club in the January 2008 transfer window for a fee of £39,000 from Maccabi Netanya. Cohen spent 3.5 seasons with the club. His first 6 months with the club went very well as he featured in 11 matches and scored one goal. During his second season with the English club, Cohen suffered from a long term injury missing almost the entirety of the season. His 3rd season was arguably his most successful year with the club as he became a dominant player in Bolton's midfield making 32 appearances and scoring 3 goals. Cohen returned to Israel during the 2011 season after tragically losing his father in an auto accident at the end of 2010.

Cohen wore the #25 shirt only in his first season with the club switching to 21 the following season. 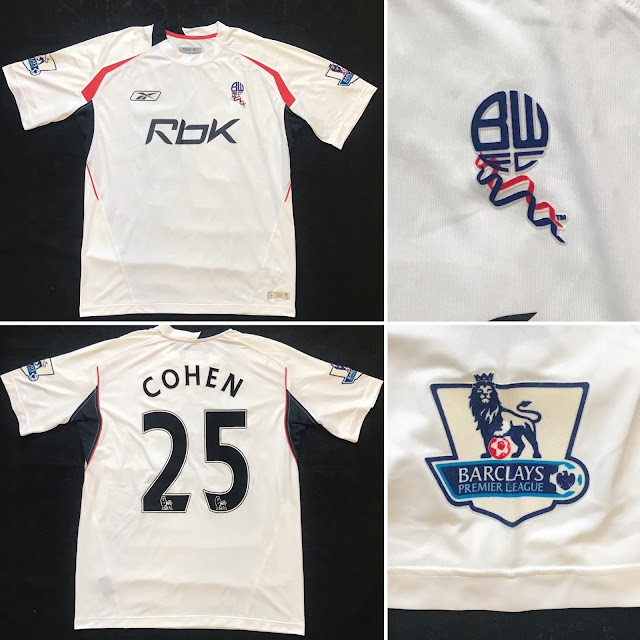 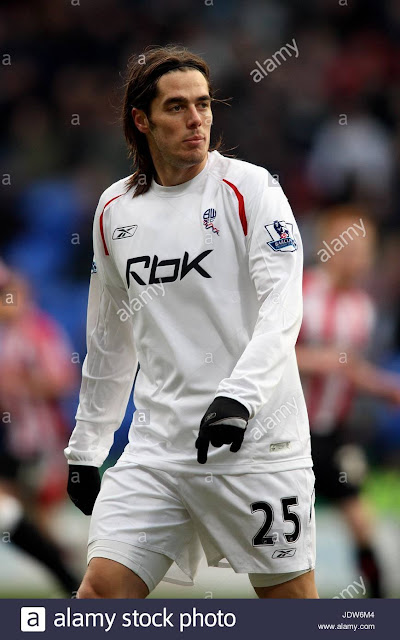 Tamir Cohen during his first season with Bolton 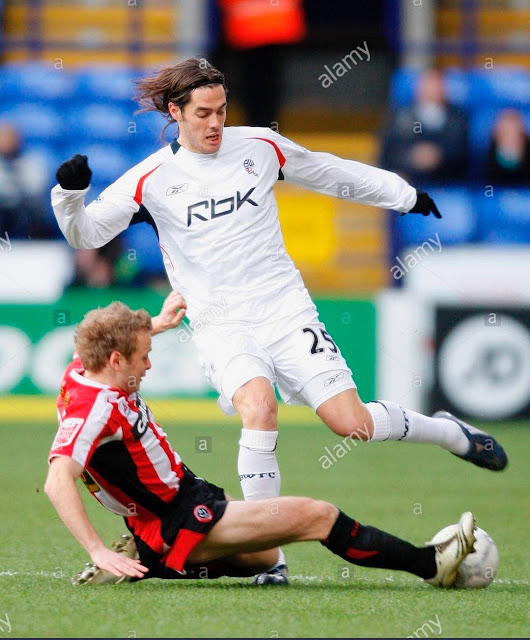 Tamir Cohen in the FA Cup loss to Sheffield United