on February 10, 2019
This is a Lior Refaelov match worn/issued shirt from the end of the 2014 World Cup Qualifier campaign. Israel played in this white kit for 3/10 matches in this campaign: Vs. Azerbaijan at home (Refaelov was subbed on in the 62nd min) Vs. Russia away (Refaelov played all 90 min) and Vs. Portugal away (Refaelov was subbed on in the 66th min). This is the my 4th Refaelov shirt in my collection as I have a long sleeve shirt of his from the 2016 Euro Qualifiers, a shirt of his from Club Brugge 2012/13 season, and his match worn shirt with Maccabi Haifa Vs. Red bull Salzburg in the Champions League playoff round from the 2010/11 season. Refaelov has been one of Israel's most accomplished players as he has won multiple Belgian League Titles with Clubb Brugge as well as the Belgian State Cup (which he scored the winning goal in stoppage time in the Cup Final). Lior has 40 appearances for the national team as well as 6 goals. 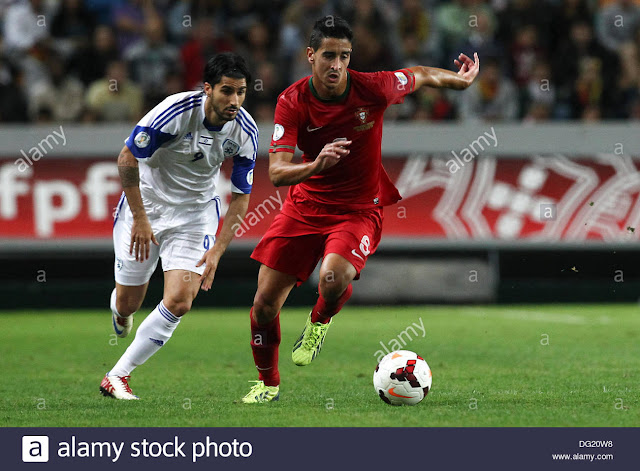