on December 17, 2018
This is a match worn Vidar Kjartansson shirt from the Maccabi Tel Aviv vs. KR Reykjavik Europa League Qualifier match played on July 20th, 2017. Maccabi won the match 2-0 from an Omer Atzili goal in the 57th minute and a Dor Peretz goal in the 66th minute. The shirt has many dirt stains as the pitch was muddy due to poor weather. Maccabi won 5-1 on aggregate and eventually qualified for the group stage. The shirt is also signed on the back by Kjartansson right above the number.

Kjartansson played with Maccabi from 2016-18 scoring 32 goals in 63 appearances. He currently plays for FC Rostov in Russia. 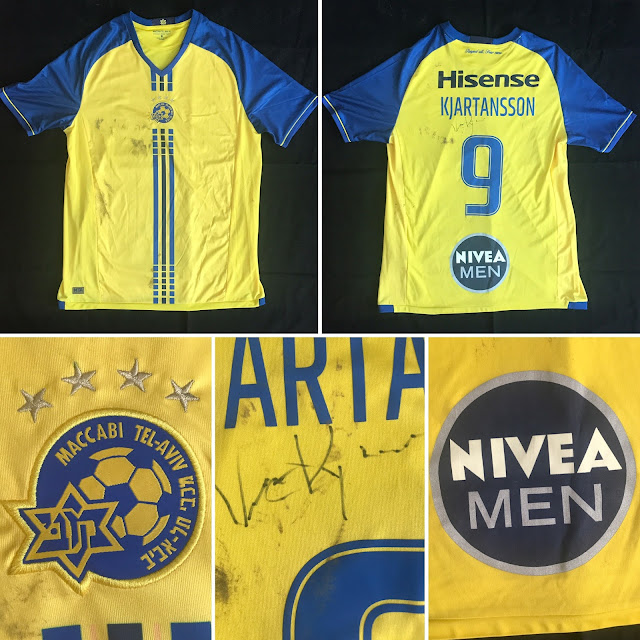 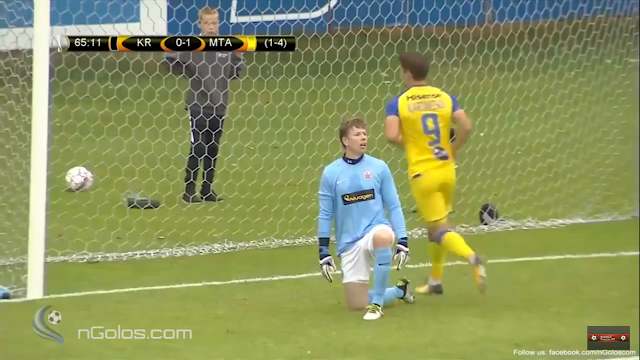