on August 30, 2018
This is a match worn Lior Refaelov shirt from Maccabi Haifa's champions league playoff match played against Red Bull Salzburg on August 19th, 2009. Maccabi won the match 2-1 from a 22nd minute goal by Mohammad Ghadir and an 84th minute goal by Shlomi Arbeitman. Refaelov came on as a substitute in the 69th minute replacing Beram Kayal. This was a historical season for Haifa as it was their second time qualifying for the Champions League Group Stages. They were drawn into Group A with Bordeaux, Bayern Munich, and Juventus. They finished in last place of the group being the first team in Champions League history to finish with 0 points and 0 goals. This was Refaelov's second to last season with Haifa before transferring over to Club Brugge. During his 7 years with the club he had 30 goals in 161 appearances. 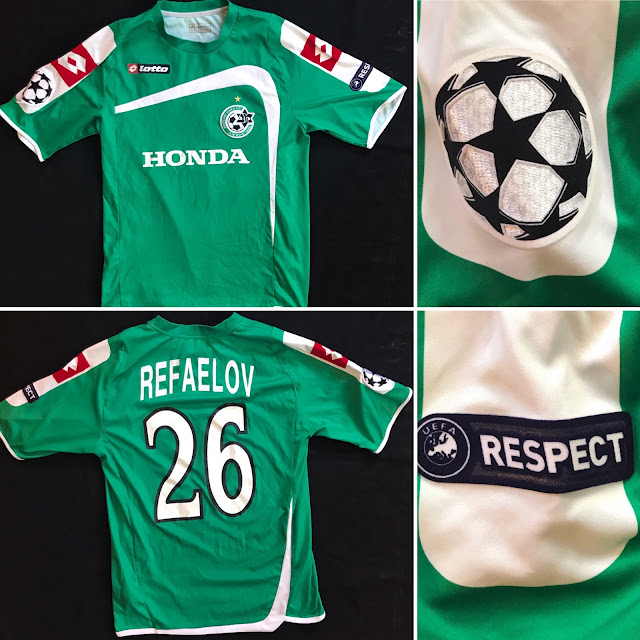 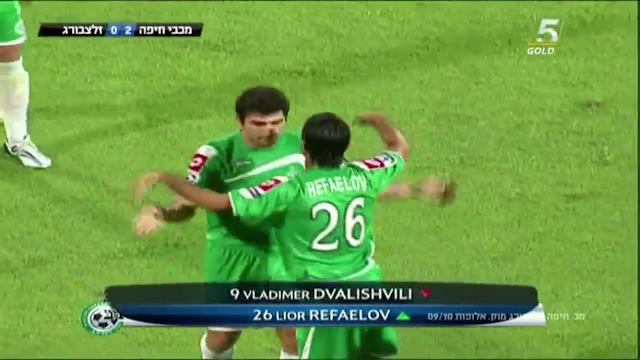 Refaelov being subbed in during the second leg 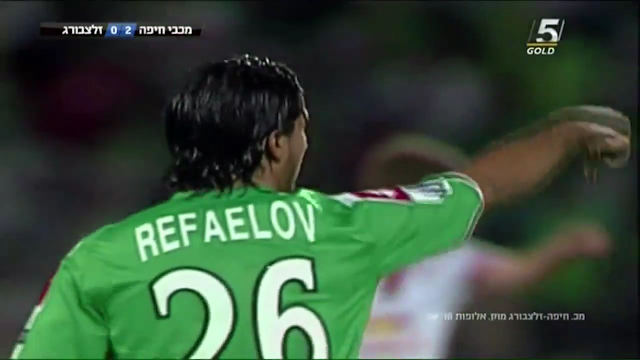 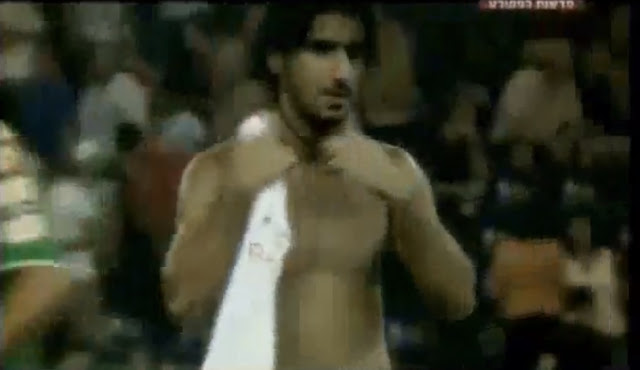