on August 05, 2018
This is a Yossi Benayoun match worn shirt from the friendly match vs. Croatia played on March 23, 2016. This is a very rare shirt as Benayoun is the all time Caps Holder for the Israeli National team with 102 appearances and this shirt is from his 98th match. Benayoun is one of the best Israeli players in the last couple of decades, as he played for top clubs in the British Premier League such as Liverpool, Arsenal, and Chelsea. Israel lost this match 2-0 conceding the 1st goal in the 4th minute to Ivan Rakitic who deflected a cross past Israeli Keeper, Boris Kleiman, and the 2nd goal in the 34th minute to Marcelo Brozovic. The weather conditions for this match were terrible as it was raining and the pitch was extremely muddy and slippery. Israel had a couple of chances with the closest chance coming from defender Eitan Tibi, who deflected a pass off his heel that hit the post. Benayoun came on as a substitute in the 77th minute, replacing Tal Ben Chaim, the striker. This was his first appearance for the national team since the Israel vs. Honduras friendly that was played in Houston, Texas on June 1, 2014. This shirt has an interesting story as Benayoun had given it to former teammate Nenad Pralija, who had played with him at Maccabi Haifa during 2000-2003. I was able to purchase it from a collector who received the shirt directly from Nenad. 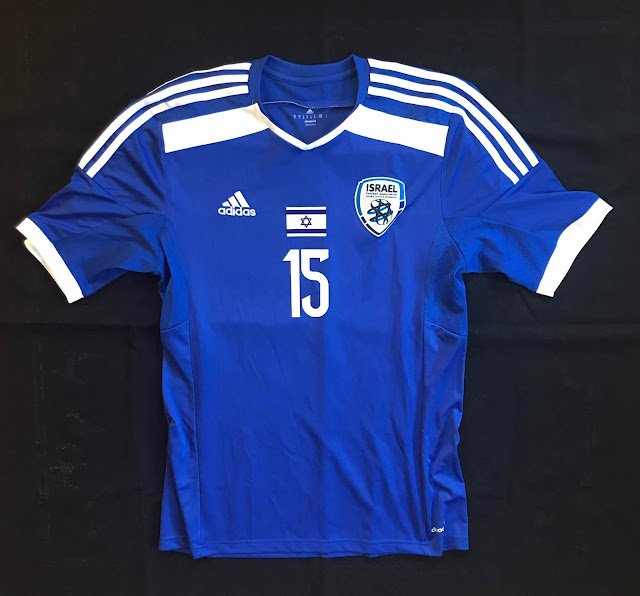 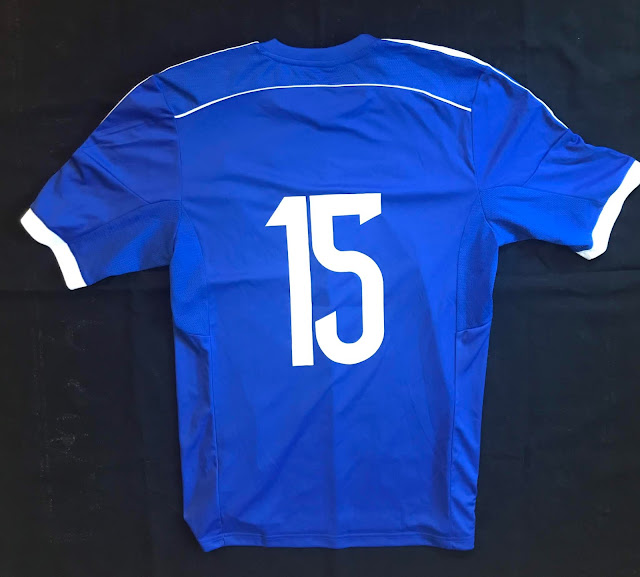 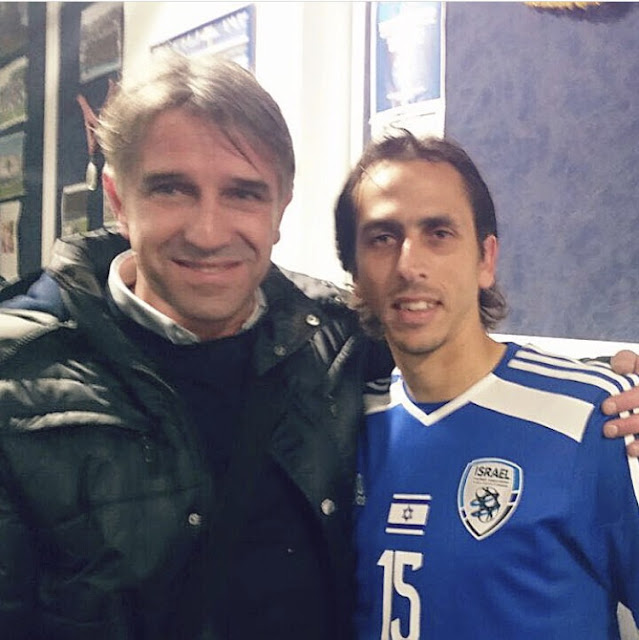 Benayoun and Nenad Pralija after match (from Yossi's instagram) 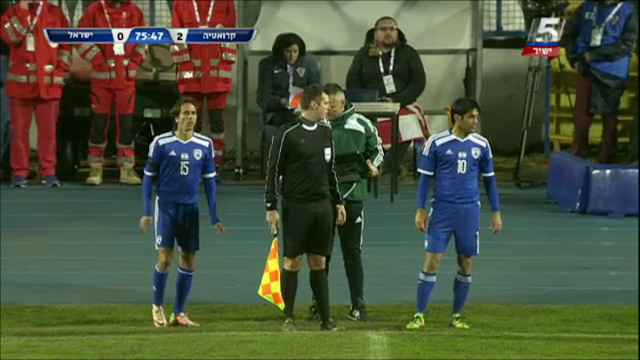 Yossi getting subbed on in the 77th minute 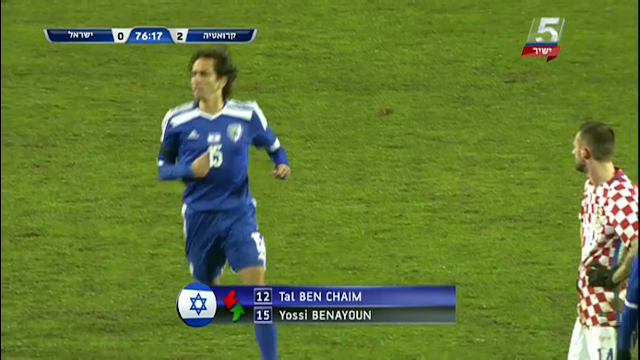 Running onto the pitch 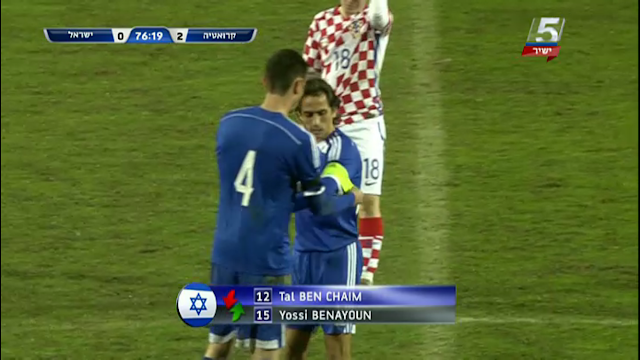