on August 27, 2018
This is a match worn/issued Bibras Natkho CSKA Moscow shirt from the 2016/17 season. CSKA used this Black shirt in both the 2016/17 season as the away kit, and in the 2017/18 season as the third kit. Natkho moved to the club in 2014 playing in 101 matches and scoring 24 goals during the 4 years he played for the club. The shirt itself is very cool as it features a horse design embroidered into the front of the shirt. The shirt also features the Russian League patches as well as Natkho's last name in Russian. The only difference between the 16/17 shirt with the 17/18 shirt is that the 17/18 shirt had an extra patch on the other sleeve. 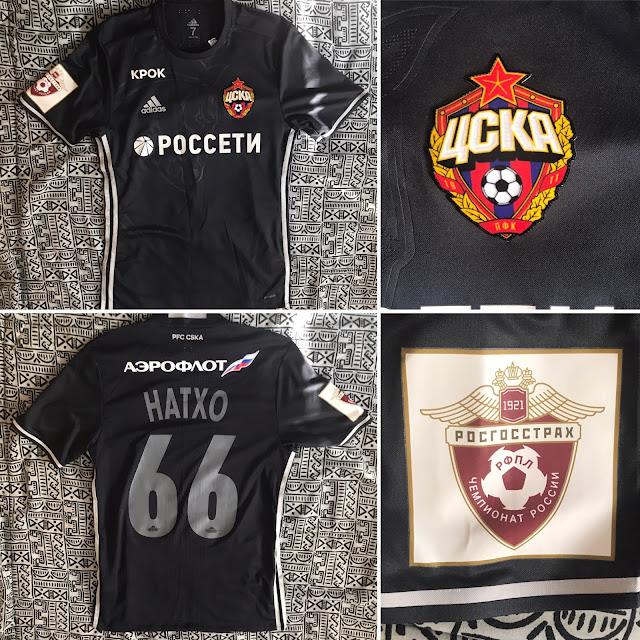 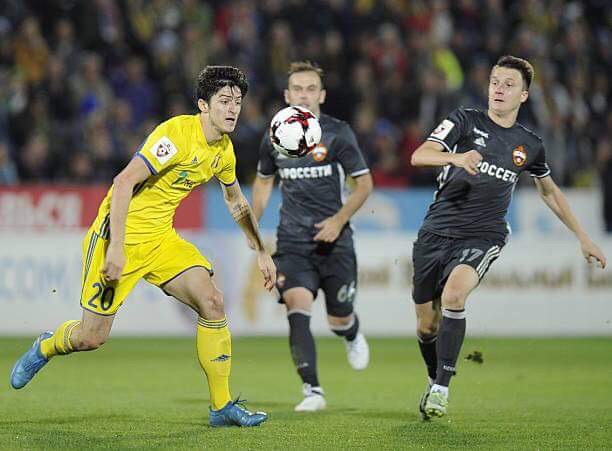