This shirt is match worn and was given to me personally by Almog Cohen after the friendly match Vs Romania on 3/24/18.  Almog came on as a substitute in the second half and played well creating opportunities and almost scoring a tying goal in the last minutes.  Israel lost the match 2-1. This match was my favorite match I have ever attended as I won two free tickets through a Facebook contest with the Israeli Football Association, and participated in a target shooting contest during halftime where I came in first place and won tickets to Israel's future Nations League matches Vs. Scotland and Albania. This shirt has the players last names on the back.  This was the first friendly match where the Israeli team played with last names since the friendly match Vs. Ukraine in 2013.  Almog plays for FC Ingoldstadt and is a key player on their team. 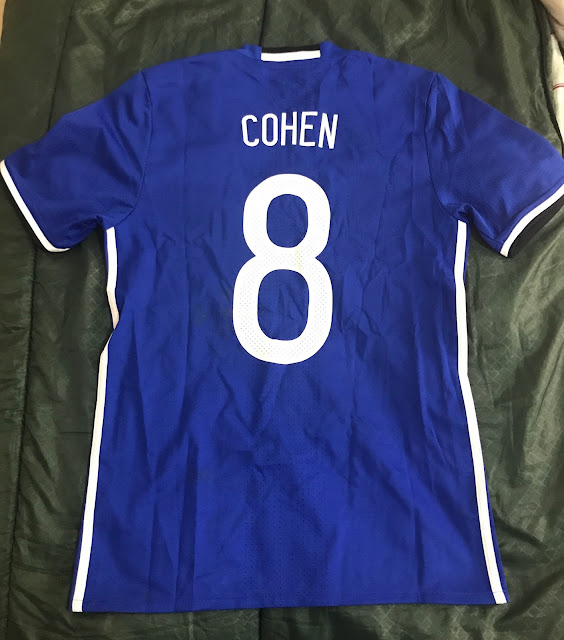 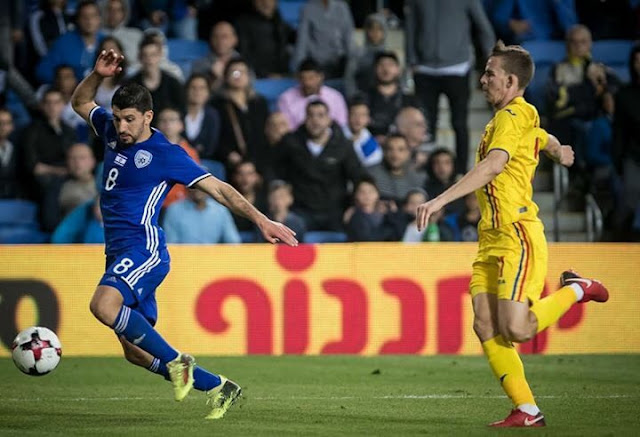 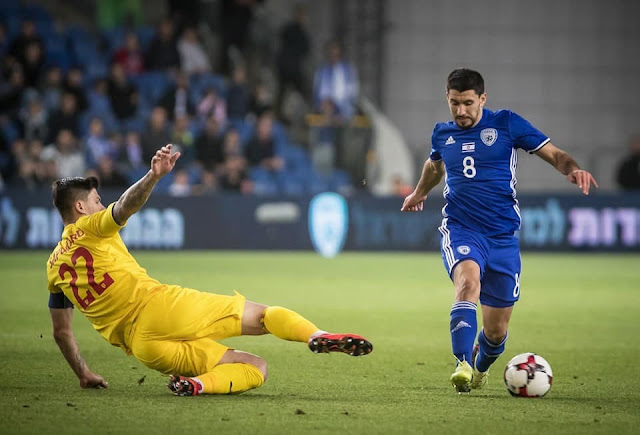