on December 18, 2017
This is a Tomer Hemed match issued shirt from Israel's second qualifying match Vs. Bosnia in the Euro 2016 qualifying campaign.  Israel lost the match 3-1 despite initially taking the lead on a nice goal by Tal Ben Chaim.  This match was the first match during this campaign where the Israeli team changed the coloring of their last names and letters to a lighter shade of blue. 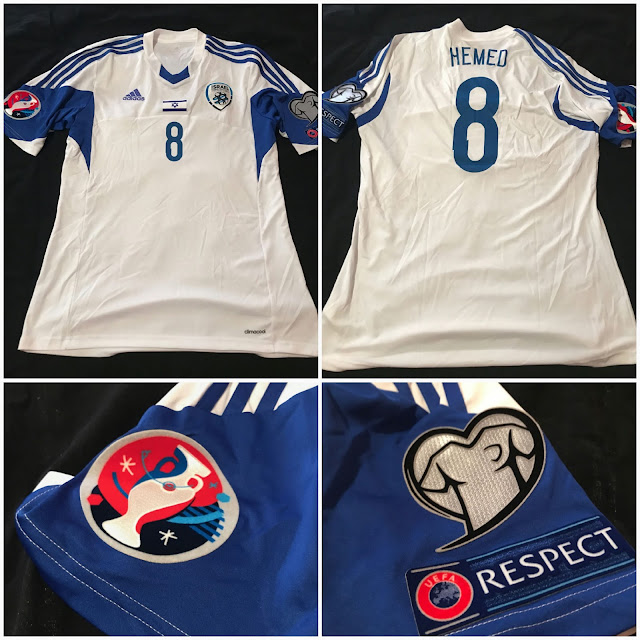 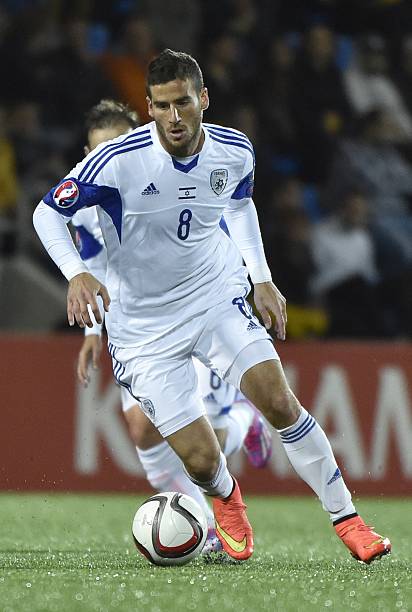