on December 16, 2017
This is a Dor Peretz match worn shirt from the Israel U21 Euro 2017 qualifying match Vs. Portugal at the Hamoshava stadium on November 17th 2015.  Israel lost the match 3-0.  Dor Peretz had the closest attempt for Israel with a header that hit off the post.  He threw me his shirt after the match.  The shirt had black tape around the sleeve commemorating the tragic terrorist attacks that had occurred in Paris the Friday prior to the match.  It unfortunately came off when I washed the shirt. 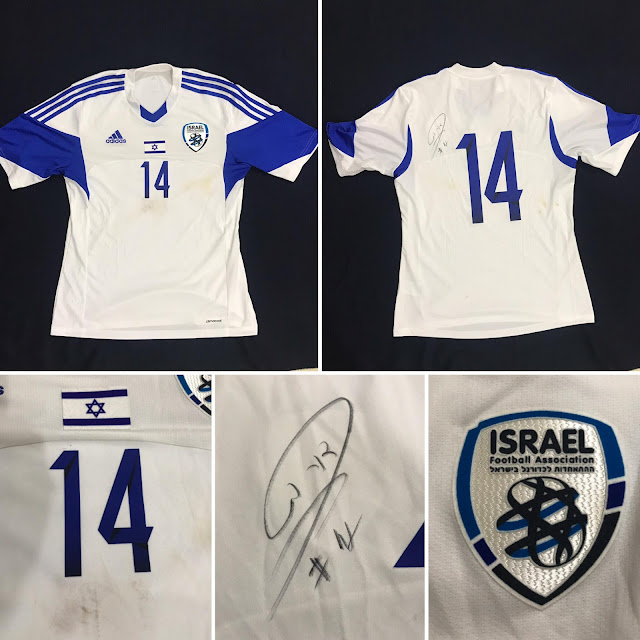 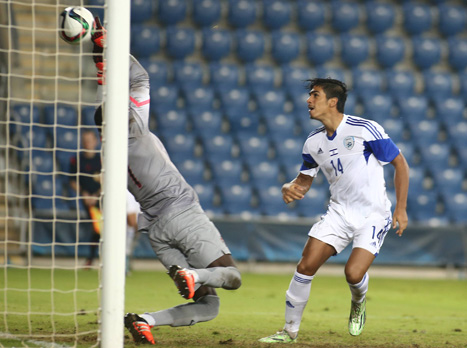