Moanes Dabbur's match worn and signed shirt from the Israel vs. Moldova 2022 World Cup Qualifying match played on March 31st, 2021 at the Zimbru Stadium in Chișnău, Moldova. This was Israel's 3rd and final match of the first round of qualifiers. Despite conceding an early 29th minute goal to Moldova (scored by Catalin Carp), Israel won the game 4-1 from goals by Eran Zahavi (45') Manor Solomon (57') Moanes Dabbur (64') and Bibras Natcho (66'). Dabbur played the entire 90 minutes of the match and received his 29th cap for the national team. This match was played with no fans despite Israel hosting their first two matches with 5,000 supporters the week prior.

The shirt is my first from this campaign. It has the newer respect patch that was worn on the light blue and white shirts during the 2020 nations league. It also has the new 2022 World Cup Qualifiers patch on the right sleeve, which is similar in material and shape with the 2018 World Cup Qualifiers patch. The shirt has also been signed by Moanes underneath the number on the back of the shirt. 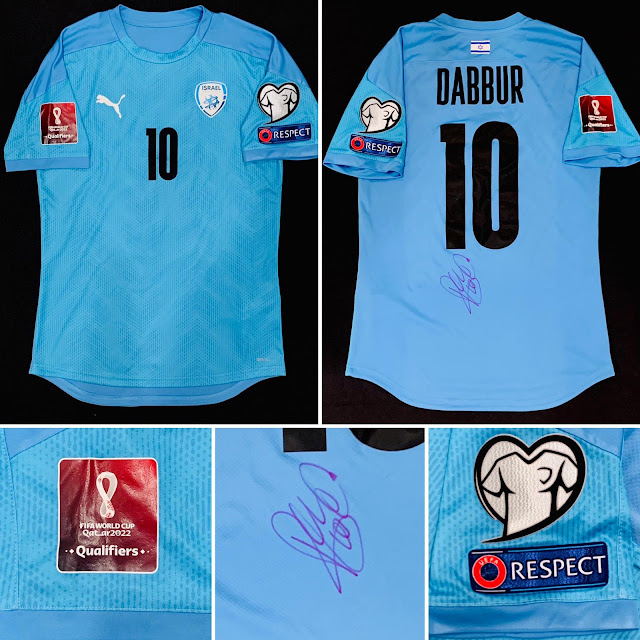