Itay Shechter's match worn shirt from the Hapoel Tel Aviv vs. FC Schalke 04 Champions League match played on October 20th, 2010 at the Veltins Arena, Gelsenkirchen, Germany. Itay played the full 90 minutes and scored a consolation goal for Hapoel in stoppage time, as the team went on to lose 3-1. This was Hapoel's third match in the Champions League group stages. They were drawn into Group B alongside: Schalke 04, Lyon, and Benfica. Hapoel finished in 4th place, earning 5 points from the 6 matches.

This shirt is extremely rare as it has long sleeves and was worn by one of Hapoel's star players at the time. 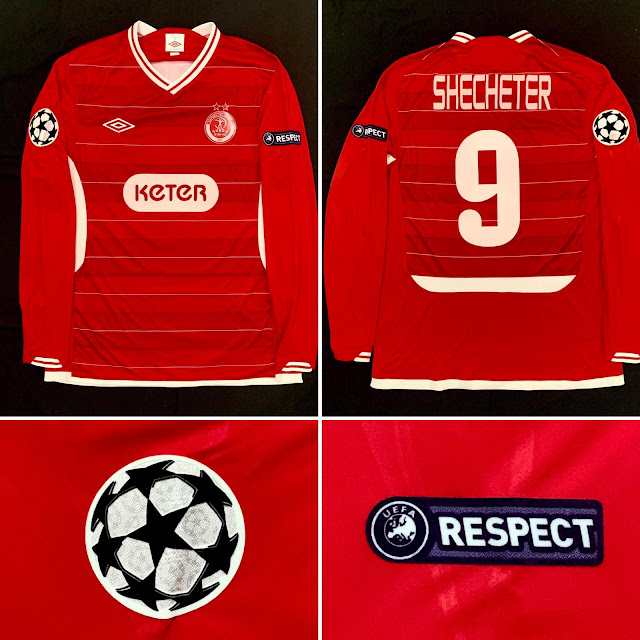