Tomer Hemed's match issued shirt from the Charlton Athletic vs. Leeds United match played on July 22nd, 2020 at Elland Road in Leeds. This was the final match of the 2019/20 season, but wasn't very competitive as Leeds thrashed Charlton 4-0. This loss led to Charlton's 22nd place finish, resulting in their relegation to EFL League One. This was the only match where Hemed featured in the squad and Charlton wore their away kits with the NHS logo.

Tomer Hemed joined Charlton Athletic on August 19th, 2019 after getting released by Brighton. His spell with the South London side had a rough start, appearing in only 5 matches during the first half of the season, due to an early injury. After returning in January 2020, Hemed became a more dominant player making 13 appearances without scoring any goals.

The shirt features the NHS logo which was added in solidarity with all UK healthcare workers assisting in the fight against COVID-19. This logo was added to the shirts of all Championship teams when the league resumed in June 2020. 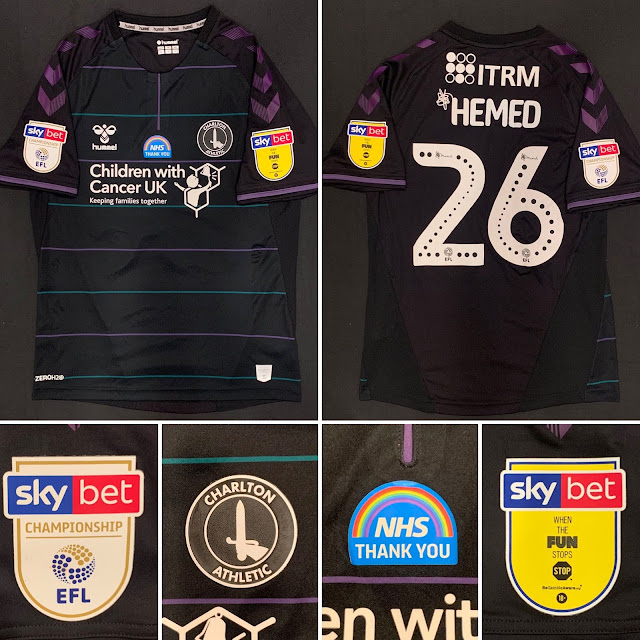