on February 23, 2021
Hatem Elhamed's issued shirt for the Israel vs. Czech Republic match.played on October 11th, 2020 at the Sami Ofer Stadium in Haifa. The match was played 3 days following Israel's loss to Scotland on penalties in the Euro 2020 Playoff Semi-final. Israel gave away an early 2-0 lead to the Czech's from a stupid own goal conceded in the 14th minute by Ofir Marciano, and a 48th minute goal scored by Matej Vydra. Eran Zahavi scored a goal for Israel in the 56th minute but this wasn't enough as Israel lost the match 2-1. Elhamed played the full 90 minutes of the match wearing the number 13 shirt.
Israel ultimately finished 3rd in Group 2 of League B with 8 points from the 6 matches. This was the only match where Israel wore the light blue shirt, as they wore the white shirt in 4/6 matches and the dark blue (third) shirt in the final match vs. Scotland at home. 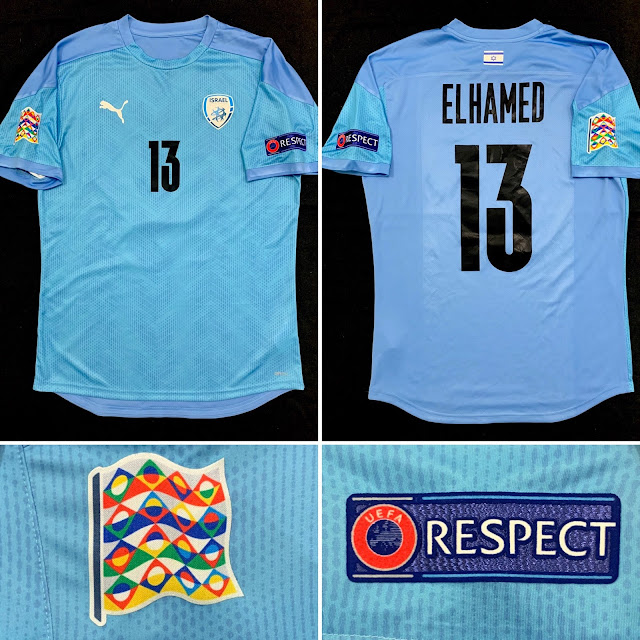