The shirt is very special as it contains the match details in the center of the shirt between Be'er Sheva crest and the Kelme logo. This was the fourth cup final where match details were printed on the match shirt (Maccabi Tel Aviv in 2014/15 and 2016/17, Maccabi Netanya in 2018/19), and first time where they were featured on both teams' shirts. These match details however are mostly in Hebrew, where as in previous cup finals they were in English. The shirt also has a State Cup Final patch on the right sleeve. 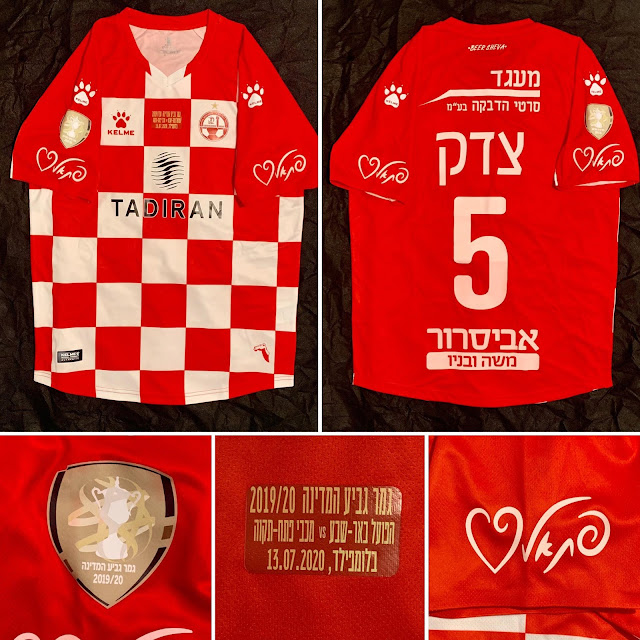