Moanes Dabbur's match worn/issued shirt from the Sevilla vs. F91 Dudelange match played on October 24th, 2019 at the Ramón Sánchez Pizjuán stadium in Sevilla. Dabbur played the full 90 minutes of the match as Sevilla thrashed Dudelange 3-0. The goals were scored by Vázquez in the 48th and 75th minutes and by Munir in the 78th minute.

Despite being purchased from Red Bull Salzburg for €17 million by Sevilla, Dabbur barely played during his 6 month spell with the Spanish club. He made 9 appearances for Sevilla (6 of them being in the Europa League) scoring 3 goals and making 2 assists. He was later sold to Hoffenheim in January 2020 for €12 million.

The shirt is unique as it is the only shirt in my collection that has an additional patch commemorating Sevilla's 5 Europa League Championships. Sevilla were later crowned champions of the 2019/20 Europa League after defeating Inter Milan 3-2 in the final. 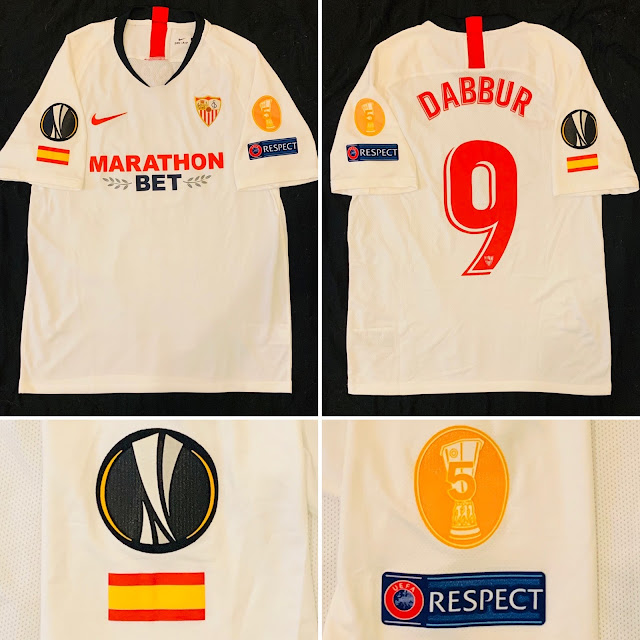