on November 11, 2020
Sheran Yeini's match worn shirt from the Maccabi Tel Aviv vs. Hapoel Be'er Sheva played on July 7th, 2020 at the Yud Aleph Stadium in Ashdod. Maccabi lost the match 2-0 from a 3rd minute goal by Kayes Ganem and a 26th minute goal from Oren Bitton. Sheran came on as a substitute in the 68th minute to replace Dor Peretz, and played for the remainder of the match. The result ended Maccabi's undefeated record for the 2019/20 season as the team finished 26-9-1.

The shirt contains the written fan slogan and the champions patch located underneath the crest, and to the left of the crest, respectively. They were added towards the end of the 2019/20 season to commemorate the fans, who were no longer allowed to attend matches in person due to the coronavirus outbreak, and Maccabi's 24th league championship. 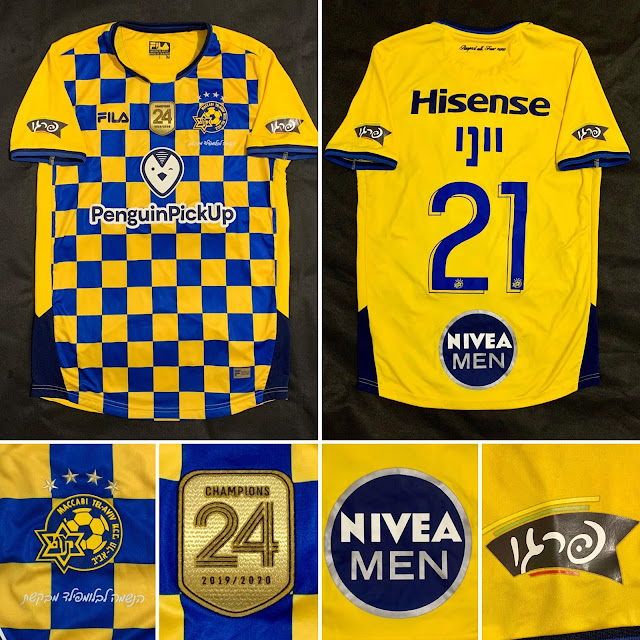