on November 09, 2020
Andrea Gianniotis's match worn shirt from the Maccabi Tel Aviv vs. Beitar Jerusalem match played on July 1st, 2020 at the Bloomfield Stadium in Tel Aviv-Yaffo. This was Maccabi's first match after clinching their 24th league title, resulting in Ivic's decision to let Gianniotis play. Gianniotis kept a clean sheet as Maccabi won the match 1-0 from a 74th minute goal by Yonaton Cohen.
The shirt contains a fan slogan written underneath the crest. This feature was added to the Maccabi player's shirts for the playoff round of the 2019/20 season at the restart of the season following the coronavirus break.

Gianniotis joined the club in June 2019 from Olympiakos, agreeing to a three year deal with the option to extend his stay for an additional year. He was the first choice goalkeeper at the start of the season but ultimately lost his spot due to some poor performances in the European Qualifier matches against CFR Cluj and FK Sudova, as well as an ankle injury at the start of the domestic season. 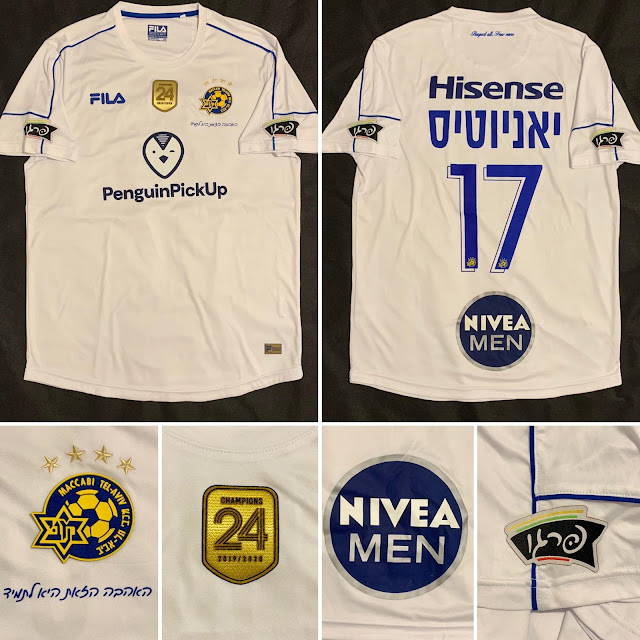 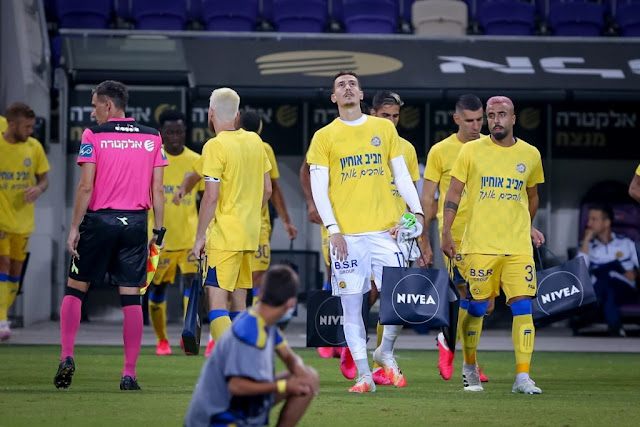 Gianniotis walks onto the pitch during warmups 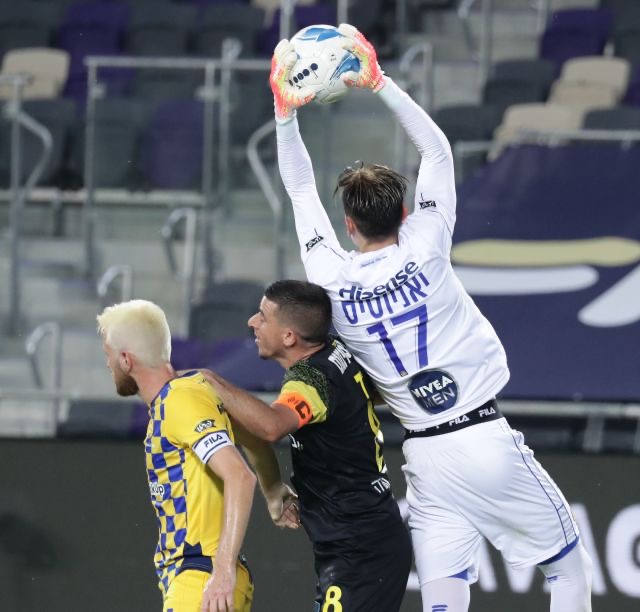