on October 07, 2020
Maor Kandil's match worn shirt from the Tel Aviv derby match played on June 20th 2020 at the Bloomfield Stadium in Tel Aviv/Yaffo. Kandil played the first 79 minutes of the match until being replaced by André Geraldes. Maccabi Tel Aviv won the match 2-0 from a 72nd minute goal by Avi Rikan and a 90th minute goal by Eylon Almog.

The shirt was worn in the first half of the match and contains a fan slogan written underneath the crest ("Always With You Everywhere"). This feature was added to the Maccabi player's shirts for the playoff round of the 2019/20 season at the restart of the season following the coronavirus break. 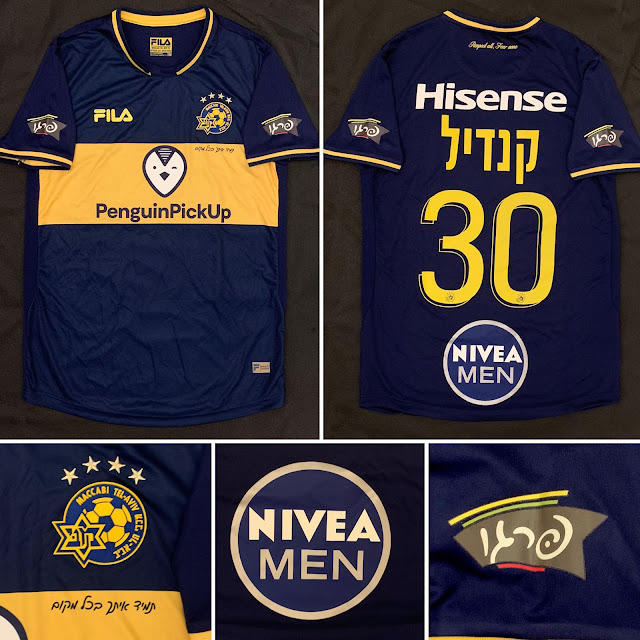 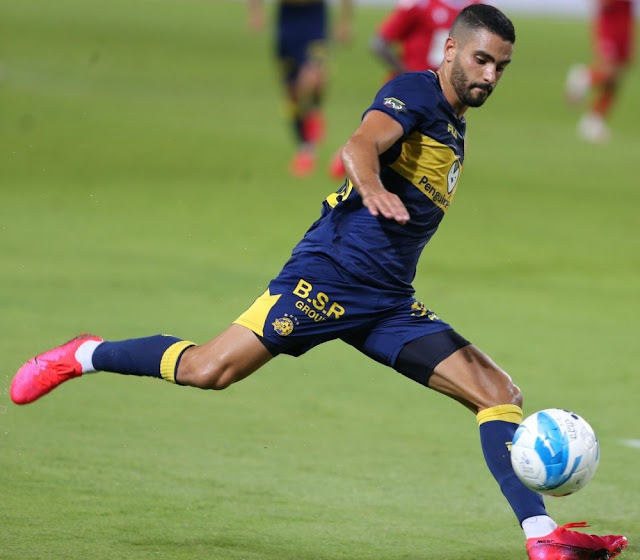 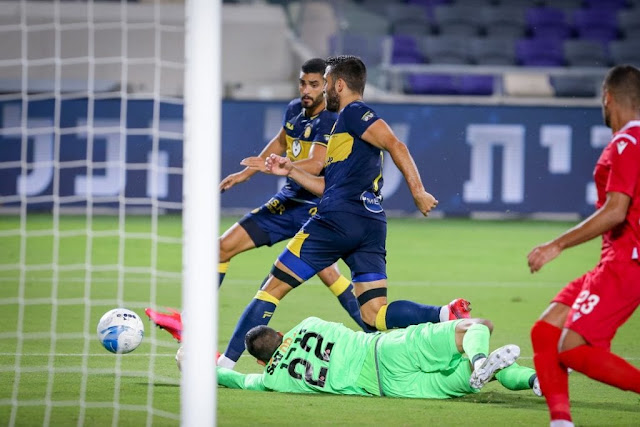 Kandil and Shechter trying to shoot vs. Hapoel 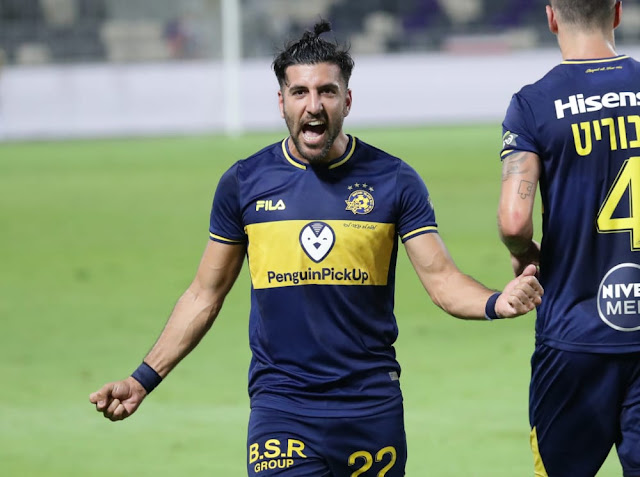 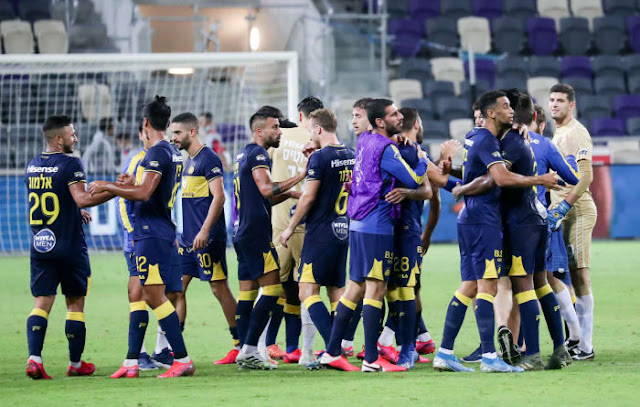