on February 24, 2021
Eden Ben Basat's match worn shirt from the 2016/17 season. Eden grew up in both the Hapoel Haifa and Maccabi Haifa youth system. He played on loan at Hapoel Haifa in the 2007/08 season (13 goals in 26 appearances) before joining regularly for the 2009-2011 seasons (27 goals in 60 appearances). He re-joined the northern club again after his spell in Europe and with Maccabi Tel Aviv joining in January 2017 and playing a big part in Hapoel Haifa's State Cup championship in 2018 (14 goals in 43 appearances).

The shirt features the Mei Eden patches on both sleeves (something that all of the teams wore during the 16/17 season). 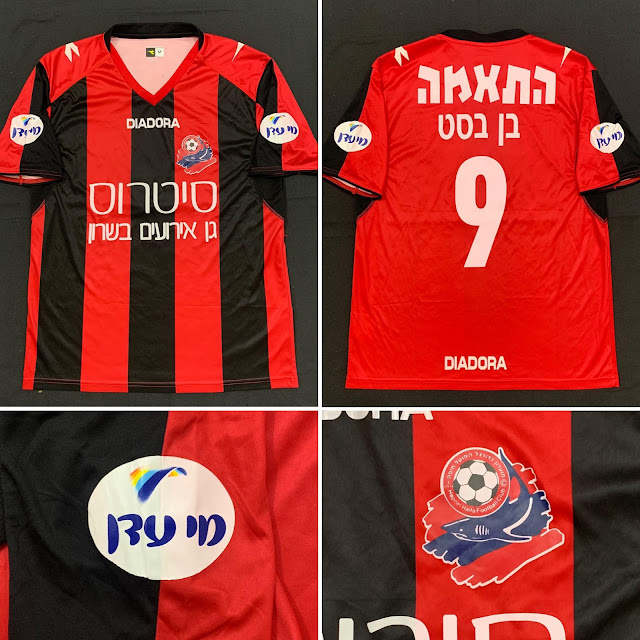