on March 08, 2021
Yuval Shpungin's match worn shirt from the historic second leg Champions League playoff round match between Maccabi Tel Aviv and FC Basel played on August 25th, 2015 at the Bloomfield Stadium in Tel Aviv-Yafo. Yuval played the full 90 minutes of the match which ended in a 1-1 draw. The goals were scored by Luca Zuffi in the 11th minute, and Eran Zahavi in the 24th minute. The 1-1 draw resulted in Maccabi Tel Aviv's qualification to the Champions League group stages for the 2015/16 season (second time in the club's history). They featured in Group G alongside: Chelsea, Porto and Dynamo Kiev, losing all 6 games.
This was the only match in which Maccabi wore shirts with the Champions League patches and the Unicef sponsor. 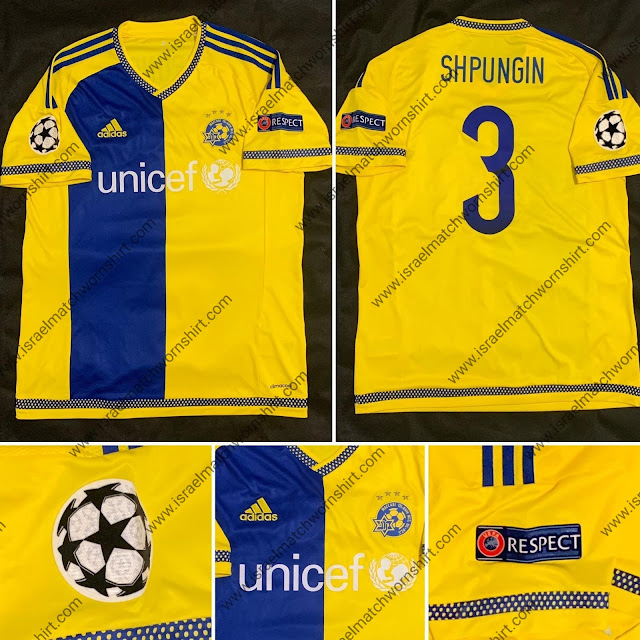