on April 01, 2020
Aviv Avraham's match worn and signed Maccabi Netanya shirt from the 2019 Israel State Cup Final, played between Maccabi Netanya and Bnei Yehuda on May 15th, 2019 at the Sami Ofer Stadium in Haifa. Maccabi Netanya lost the match from penalties (5-4) after normal time ended with a 1-1 draw. Aviv Avraham came on as a substitute for Guy Melamed in the 73rd minute and played for the remainder of the match, receiving a yellow card in the 85th minute.

Aviv Avraham developed his skills through the Maccabi Netanya academy system and has been playing with the senior squad since 2014. He currently has 10 goals from 101 appearances with the club.

The shirt itself is extremely unique as it has the match details printed in the center of the shirt. This was only the third time an Israeli club played with match details in the State Cup Final (other two times were by Maccabi Tel Aviv in 2015 and 2017). 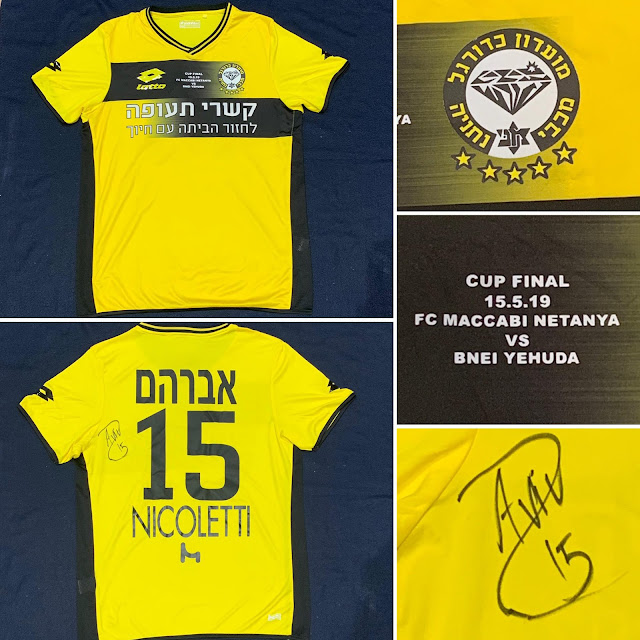 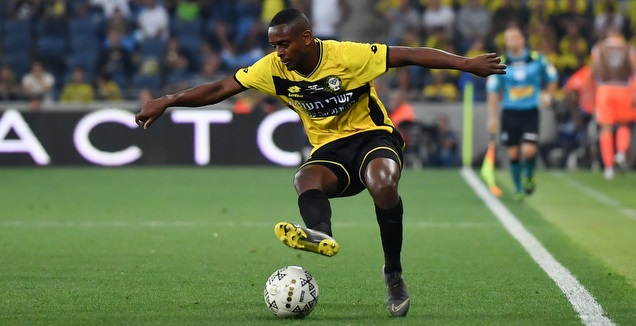 Aviv Avraham in the shirt 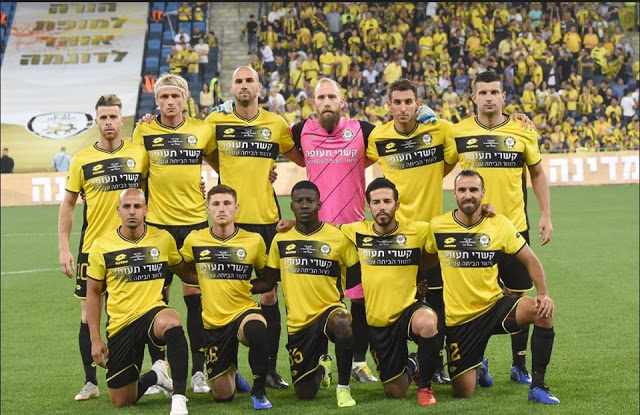