on April 12, 2020
Nir Bitton's match worn and signed shirt from the Celtic vs. Ajax Europa League match played on September 17th, 2015 at the Amsterdam Arena. Bitton played the full 90 minutes and scored the opening goal in the 8th minute. Despite being ahead for most of the match, Celtic conceded an equalizing goal in the 84th minute, causing the match to end in a 2-2 draw. This was Celtic's first Group Stage match. They featured in Group A alongside: Molde, Fenerbahçe, and Ajax.

The shirt has the standard Europa League patches on each sleeve and also features the Celtic foundation logo on the back. It was also hand signed by Bitton right next to the number. 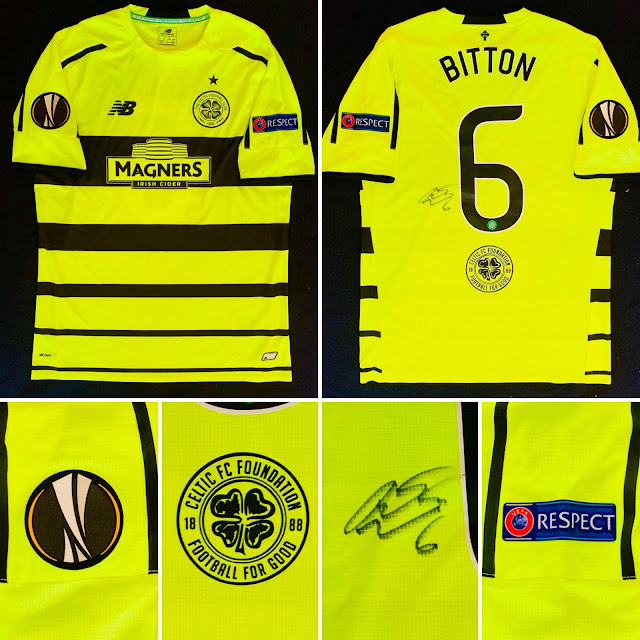 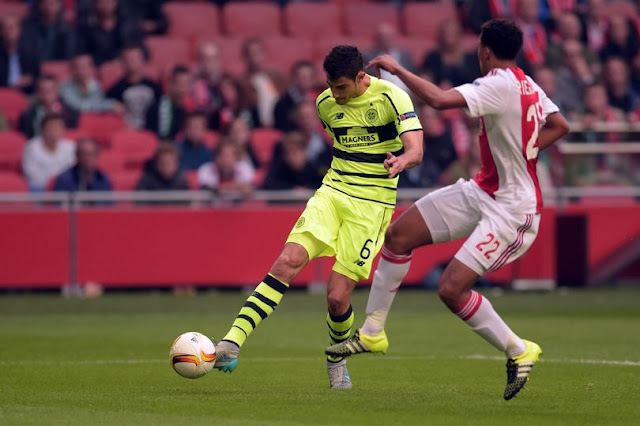 Nir Bitton wearing the shirt as he scores his goal 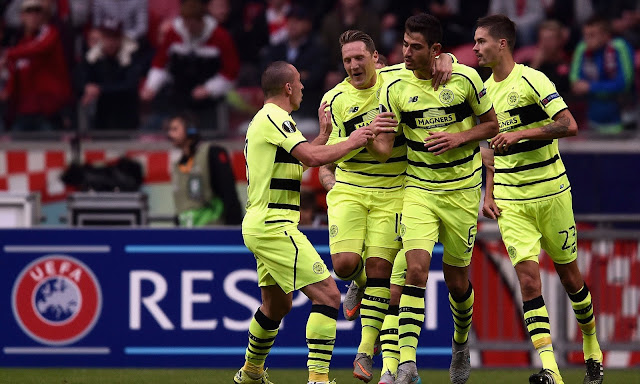