on March 17, 2020
Dor Peretz's match worn shirt from the Maccabi Tel Aviv vs. FC Astana match played on October 19th, 2017 at the Astana Arena in Kazakhstan. Peretz played the first 46 minutes, replaced by Avi Rikan, as Maccabi lost 4-0. Maccabi featured in Group A with Villareal, FC Astana, and Slavia Prague. They finished in 4th place with 4 points out of the 6 group stage matches.

The shirt is extremely rare as it was the only match where Macabbi wore the white third kit. It unfortunately isn't in the best condition as the Respect patch is slightly damaged. 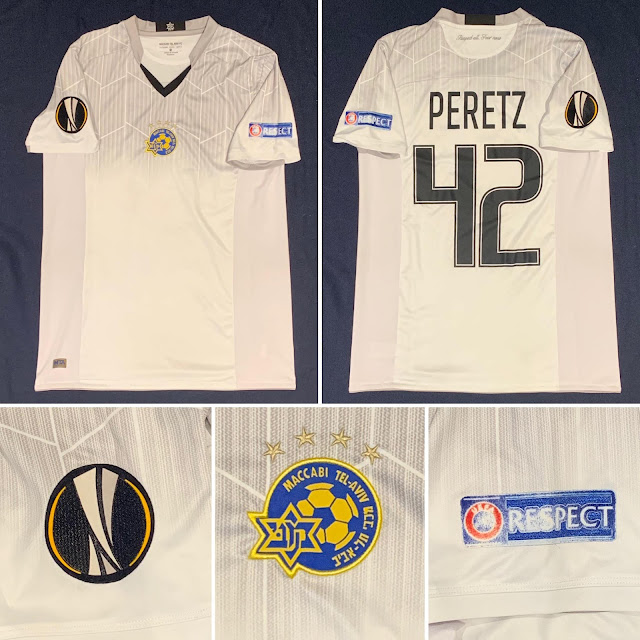 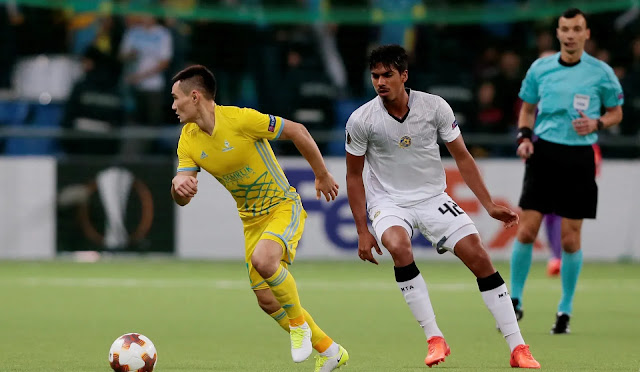