on March 18, 2020
Eran Zahavi's match worn shirt from the first half of the home match v. Latvia, played on October 15th, 2019 at the Toto Turner Stadium in Be'er Sheva. Zahavi played the full match and scored his 11th and final goal of this campaign while wearing this shirt. Zahavi was a top contender for most goals scored in the Euro 2020 Qualifiers, falling just one goal short, to Harry Kane. During the first half, Zahavi's shirt was damaged when a Latvian player pulled on his shirt, resulting in the letter I peeling off (this can be seen in both the picture of the shirt as well as the clip from the game). In addition, this light blue shirt is very rare as it was only worn in the final two home games, against Latvia and Poland. 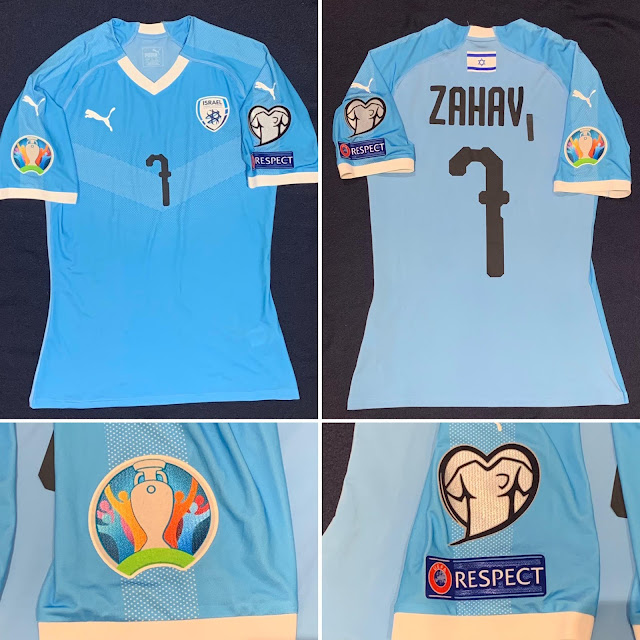 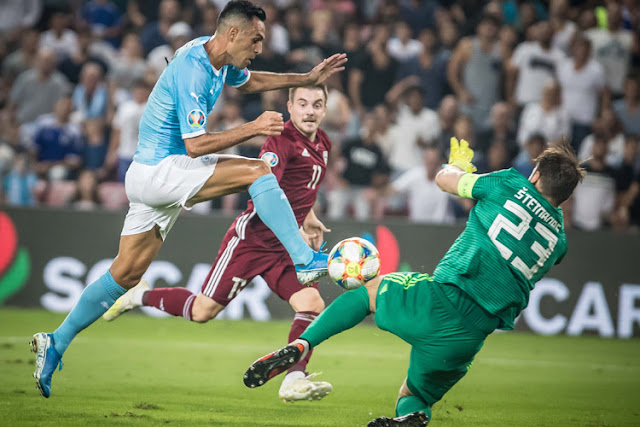 Zahavi shoots past the Latvian goalkeeper 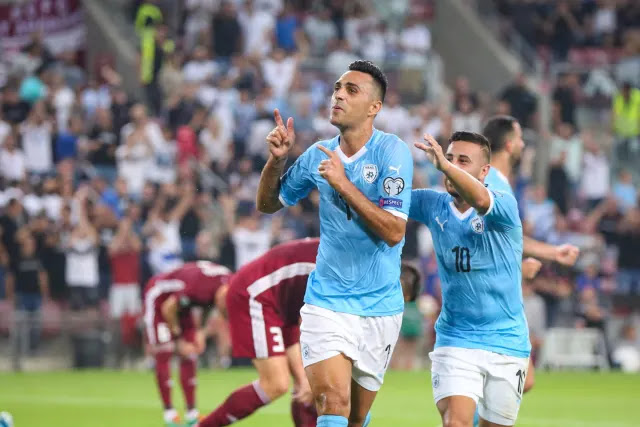 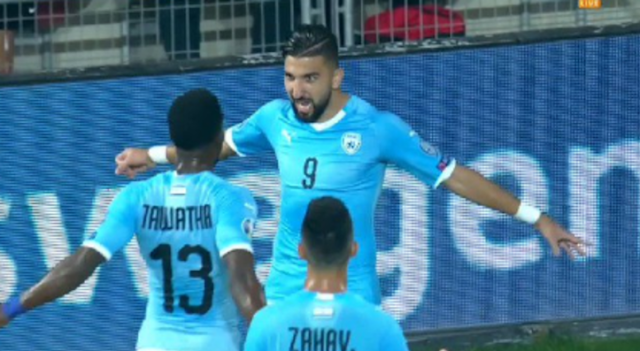 Damaged Shirt (I in last name peeling off)

Zahavi's damaged shirt from the first half